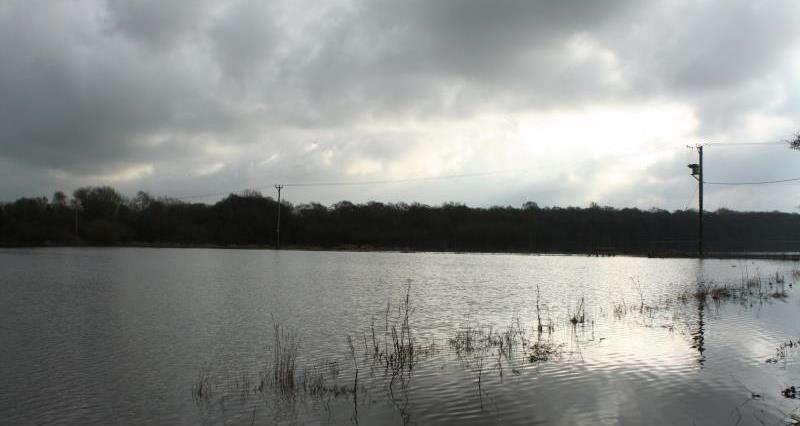 The NFU is urging Defra and its agencies to take a ‘common-sense approach’ to managing the effects of consistent wet weather and flooding for many British farmers, with many fields sitting under water after the country saw rainfall levels 98% higher than last year.

Prolonged wet weather is having significant impacts on farming businesses across the country, with many arable farmers unable to finish harvesting and experiencing a severe delay to drilling winter cereals. Livestock farmers are also being forced to bring in livestock weeks earlier than usual, leading to a longer winter period.

The NFU has an ongoing dialogue with Defra, the RPA and the Environment Agency to encourage flexibility and ease the problems of cash flow, and the RPA has been asked to ensure affected farmers receive their BPS payments as early as possible when the payment window opens next month.

The RPA has also been asked to consider this weather event as ‘force majeure’ for farmers in agri-environment schemes. Agreement holders are being urged to contact the RPA if they are prevented from complying with their scheme obligations as a result of continued weather pressures. NFU Deputy President Guy Smith said: “The intense and sustained period of rainfall we have experienced recently has meant farmers and growers have not been able to carry out work on wet and flooded land. This is hitting particularly hard for arable farmers who cannot finish their harvest or start drilling winter cereals.

“I’ve heard from members across the country who are increasingly worried about the impacts this will have on their businesses next year, particularly increased financial pressure.

“That’s why it is absolutely critical that Defra takes a common-sense approach to how it manages this situation, particularly ensuring affected farmers are paid promptly at the start of the payment window next month.

“It’s at times like these that Defra needs to remember it is a supportive department for the nation’s food producers, not just a regulatory one. Our future domestic agricultural policy must recognise this and ensure there are measures for farm businesses to manage volatility, particularly in the face of increasingly unpredictable weather.”

If agreement holders are prevented from complying with their obligations associated with an agri-environment scheme they must contact RPA within 15 days from the date on which they are in a position to do so. They must provide written evidence to show what has happened and how this has led to them being unable to meet the scheme rules.

The NFU has written to farming minister George Eustice asking for an extension to the restrictions associated with the disposal, storage and use of flurtamone and chlorothalonil. With drilling delayed, it is highly likely that some crops will not be drilled to allow applications which would normally have taken place by 20 May. It has asked that the date for sale and supply and disposal, storage and use of chlorothalonil is extended by two months to 20 January 2020 and 20 July 2020 respectively. For flurtamone, we have asked for the 31 December restriction to be lifted so final use is by 27 March 2020.