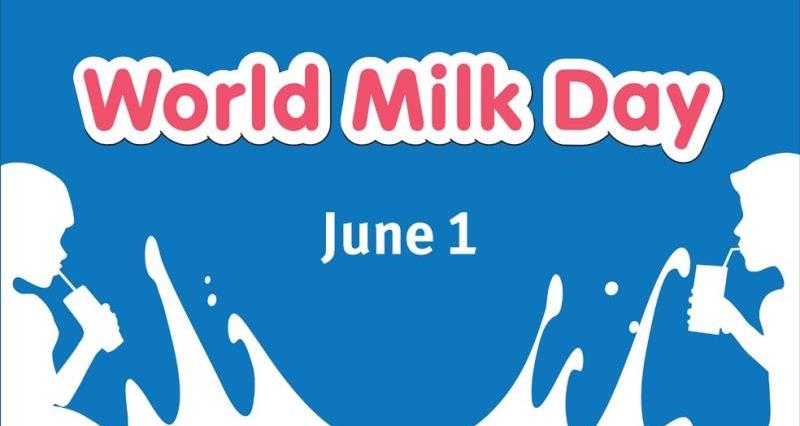 Millions of people took to social media platforms on Monday 1 June for this year’s World Milk Day to celebrate the nutritional benefits of the ‘white stuff’.

The annual celebration was established 20 years ago by the Food and Agriculture Organisation of the UN to recognise the importance of milk as a global food, and to celebrate the dairy sector. Since then, each year, the benefits of milk and other dairy products have been actively promoted in the UK and around the world with different themes.

The NFU dairy board and members around the country were again proud to support the day. 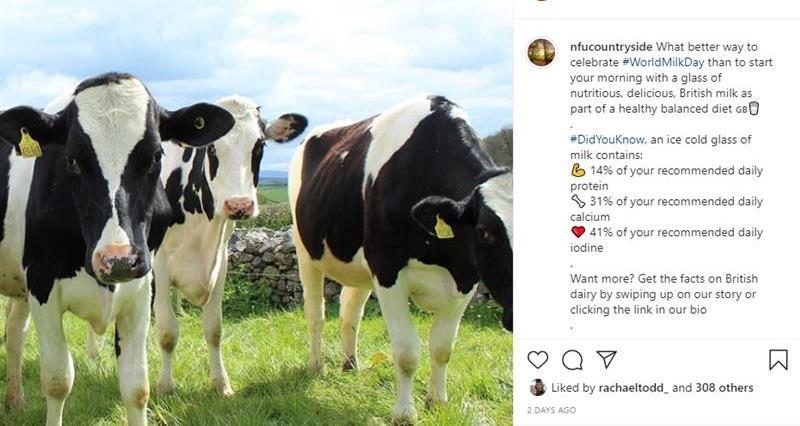 These messages generated more than 2,200 likes, comments and retweets

Our videos were viewed nearly 10,000 times. NFU national dairy board member and south west dairy farmer, Gemma Smale-Rowland, got involved on the day by producing this video on Twitter.

Worldwide, messages during the campaign reached more than 833 million people in 63 countries.

373 different campaigns held around the world including India, Nigeria, Canada and the US. 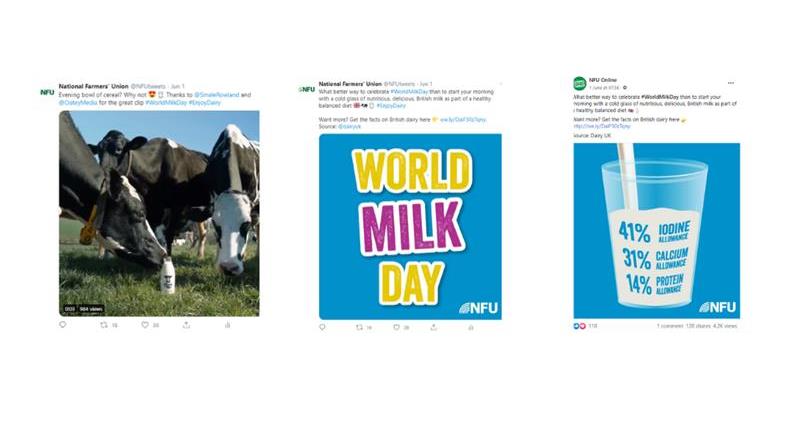