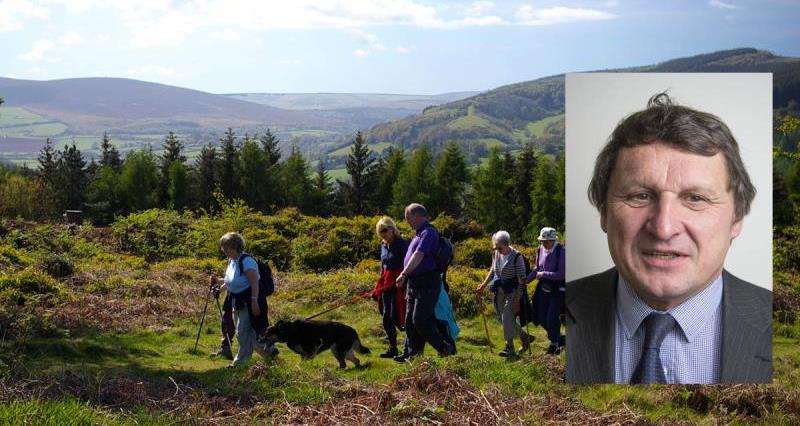 Robin Milton, chairman of the NFU hill and uplands group, writes about the benefits of farming to National Parks.

I am first and foremost, an Exmoor farmer (cattle, sheep and Exmoor ponies) - and what a privilege it is to live and work in such a stunning place. But it is my involvement in the Exmoor National Park that has really highlighted to me the true value of the environment I live in, its characteristics, its culture and most of all its farmers.

The designation of National Parks was an important step in recognising the true value of landscapes. But it must always be remembered, these landscapes were not created by environmental management or stakeholder engagement. Instead they were created by generations of farmers producing food and providing that stoical sense of permanence so pivotal to life and communities in remote rural areas. Farmers manage the environment that everyone else either uses or sells, whether that be through tourism, access, recreation or water among others.

That cliché - live as though you will die tomorrow but farm as though you will live forever - perfectly describes farmers in National Parks. After all, farmers’ awareness of the fragility of the environment, the vagaries of climate, generational knowledge, pride and understanding of the landscape is also a resource that that is important - a constant in an ever changing world.

Farmers, more than anyone, recognise the multitude of demands placed upon our National Parks. It is no longer solely about food production (supermarket shelves are groaning with unlimited cheap food) but about landscape, biodiversity, tourism, water, carbon and even flooding. What is unhelpful in determining the level of priority to be given to each of these, are the single issue approaches being taken by some environmentalists to shock the public.

It is after all inconceivable to me that sheep can be directly and solely responsible for flooding, especially when surveys show that their numbers are down by 20-30% over the past 20 years. And to link this to demands for rewilding and reintroduction of species which would drive the greatest irreversible change to landscape for hundreds of years is both arrogant and irresponsible.

Farming recognises its responsibilities, and has always been willing to embrace change, but only to an extent that is appropriate. After all there were nearly forty years’ worth of Government incentives to drain, plough, improve pasture and remove hedges, so why are there still hedges, hay meadows and bogs? That’s because farmers have always recognised their importance.

This is a time of opportunity, a time where National Parks can embrace the values of the true stakeholders and be instrumental in brokering compromise to enhance the long term objectives in an inclusive manner. Willing partners will always achieve more than regulation.

A productive and healthy farming industry in balance with the natural environment must be the objective where appropriate rewetting, rewilding, peat restoration are rewarded in such a manner that the cultural and socio-economic values are retained, National Park purposes are achieved and farming is recognised for its contribution. Hundreds of years’ worth of experience in management of the natural environment must be of some value.

This blog was first published on the Campaign for National Parks website.

Read more of our blogs: