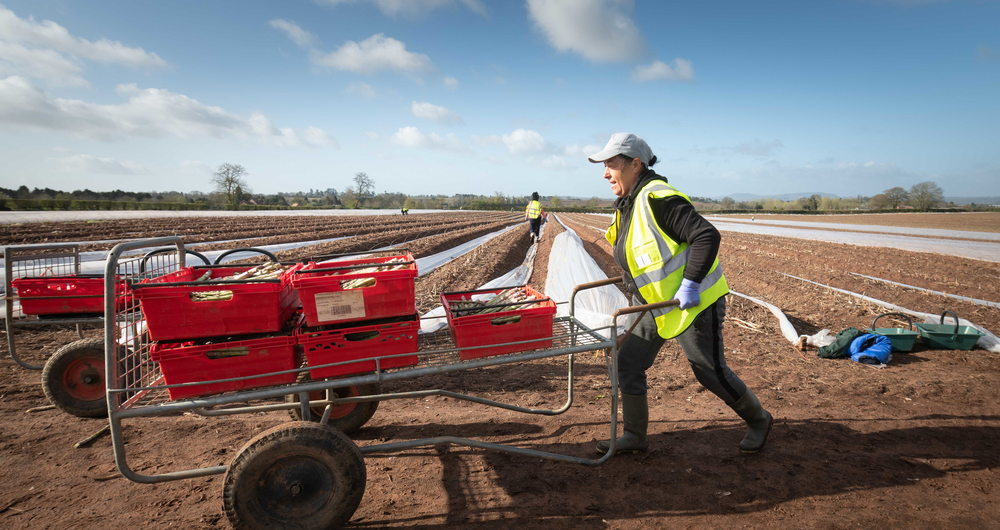 Defra has announced that the Seasonal Workers Pilot scheme has been extended for 2021, with an additional 30,000 visas available for people who want to come and work on UK farms.

Responding to the news, NFU Vice President Tom Bradshaw said: “This is welcome and positive news, not just for Britain’s growers but also for shoppers who want to enjoy home-grown fresh produce.

“By expanding the Seasonal Workers Pilot, the Government is sending a clear message that it is important for Britain to be able to produce its own fruit and veg, which has huge potential for growth. This scheme will allow growers to employ seasonal workers at key times to pick a wide variety of fresh produce on British farms.

“While this announcement is a significant step forward, we know that this will not meet the sector’s entire seasonal workforce need and we are working hard to find solutions to this extremely urgent issue.

“Despite the known challenges of recruiting workers domestically, we will continue our efforts in this area with an enhanced Pick for Britain campaign, alongside our call for the existing Kickstart scheme to be adapted so it is more appropriate for seasonal roles.

“We want to make sure horticulture, worth nearly £3.8 billion, continues to be a British success story and we will continue to do everything we can to ensure that food grown in the fields and glasshouses of Britain doesn’t go to waste.”

Defra has also announced that it will build on the Pick for Britain campaign, using it to promote the recruitment of domestic seasonal workers next year. It has also announced a review into automation in the sector, beginning in early 2021.