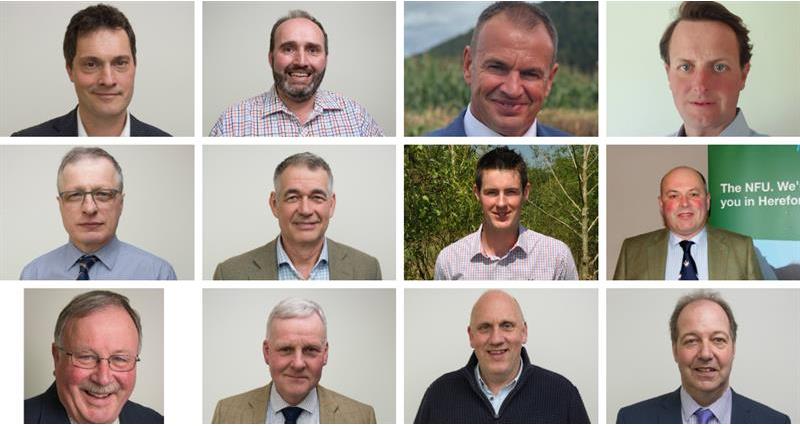 There are 12 board members representing different regions and sectors of the poultry industry.

Thomas Wornham was elected as chairman and Phill Crawley as vice chairman for the period of 2020-22.

The NFU national poultry board

Poultry board chairman: Thomas Wornham, East Anglia - Thomas works with family members on the mixed arable and poultry unit. He has planted 5000 tress and hedgerows which complement the solar panels and biomass boilers, in order to create a carbon neutral business.

Poultry board vice chairman: Phill Crawley, East Midlands – Phill and his brother Ady run the family farm in Leicestershire, which was set up by their parents in 1971. It has free-range and colony laying hens and they pack and market their own eggs along with eggs from contracted farms

Richard Williams, Wales - Based in Monmouthshire, Richard has gathered a wealth of experience in all aspects of the poultry industry over the last thirty years. In his role as an owner and director of Morspan Construction Ltd., Richard specialises in implementing innovative, new technology into the construction of large-scale poultry buildings. Alongside this, Richard owns and operates several broiler farms across the UK.

Alex Woollam, West Midlands  - After several months of researching efficient businesses, Alex invested in free-range egg production, starting with 16,000 layers in December 2005. Today, Alex continues to lead and develop the business, growing the free-range production to 94,000 hens. Determined to not stand still, Alex is always looking for new ways to innovate and was a member of the first group to complete the Poultry Industry Programme in 2012.

Duncan Priestner, North West - Duncan is a pullet rearer and colony egg producer who markets his own eggs from his 120 000 birds in the NW of England. Duncan represents the NFU as the Vice Chairman of the BEIC and is a trustee of the BEMB Trust.

Matthew Green, North East - Based near Warter in the North East, Matthew is one of the Wot-A-Pullet founders, which is an independent pullet rearing business born 2008 from the Wot an Egg egg production enterprise.

Mike Bailey, North West – Mike and his brother David contract process free range and organic chickens and turkeys supplying a range of customers. Mike is also the chair of the NFU’s turkey group.

Charles Bourns, South West – Based in South Gloucestershire, Charles has been involved with the NFU for nearly 30 years, including a stint as board chairman and has recently redeveloped his broiler farm. Charles sits on the Red Tractor Board as a NFU representative and is Chair of the Copa Cogeca Eggs and Poultrymeat Advisory Group.

Simon Barton, South West – Simon and his wife Karen left London in 1997 and set up the poultry farm in Somerset which now has 200,000 birds over two sites. 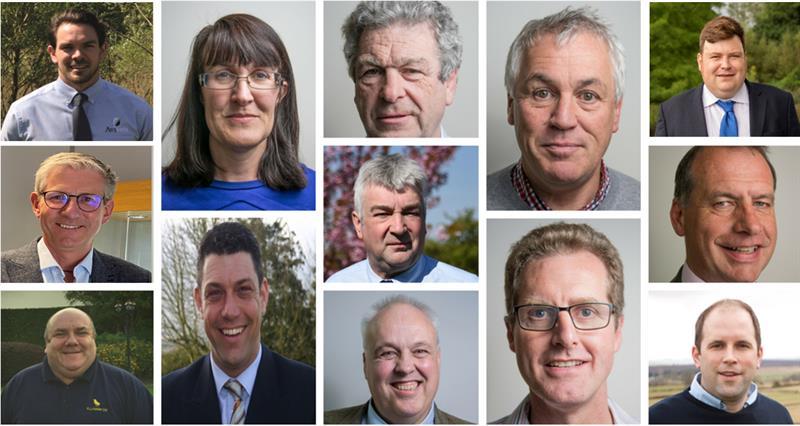 The board members selected thirteen co-options to join them based on the skills and knowledge expertise they felt would add depth to the board.

David Speller - Known as one of the most innovative minds in the industry, David entered the sector with little knowledge of poultry, having spent much of his time learning about arable, but is now a successful global consultant. David has particular interests in robotics, data and computer learning.

Jonty Hay - Jonty is an independent broiler grower from Herefordshire and the NFU independent broiler sector representative to the Red Tractor Board. He has supplied most processors in the independent supply chain and understands the pressures of the marketplace combined with the reality of the requirement to drive the needs of the farm and the birds at the forefront of the business.

Claire Bragg - Farming in the South West, Claire has a focus on education and bringing schools on to their farm.

Martin Troop - Martin is a managing director at Noble Foods Poultry Division, having worked for the business for over 30 years and is responsible for the Gainsborough plant that processes end-of-lay hens and broiler breeders. He is a member of the British Poultry Council Management and International Trade Committees. He is focused on developing markets for Spent Hen products and in particular expanding the international markets, whilst also recognising the importance of Spent Hen Processor plays within Broiler and Egg Supply Chains.

Paul Kelly - As the managing director of Kelly Turkeys, Paul prefers to be called a turkey farmer and is the largest independent turkey hatchery in the UK, supplying more than 450 farmers with specialist breeds for Christmas.

Steve Carlyle -  At age 14, Steve started collecting eggs at weekends and now he is part of Country Fresh Pullets, which sells seven million pullets per year.

Mark Gorton -  Around 30 years ago, Mark established Traditional Norfolk Poultry (TNP), which specialises in growing and processing free-range and organic chickens and turkeys.

James Mottershead -  James is an independent broiler producer from Shropshire producing 1.3 million broilers per annum. He produces his own feed rations through on farm home mixing, feeding his birds a mash based diet. Asides from poultry the family business farms 1,000 acres of arable, a 1MW biomass boiler system, a 1MW biomass CHP system, 500KW solar PV arrays and a 500KW wind turbine. James is the current Chair of the NFU Poultry Industry Programme which is currently in its 4th Cohort and he is co-opted to the board as a PIP representative which ensures the voice of younger members is well represented.

Martin Humphrey - Martin has produced and sold poultry feed for nearly 30 years, and is also responsible for pullet sales. He has a strong interest in the free range and organic sectors.

Will Garton -  William is managing director of Avivets. He holds post graduate certificates in poultry health and production and veterinary business management, and sits on the RSPCA advisory board for pullets and laying hens. He completed the 2017/18 Poultry Industry Programme and is pleased to have been invited as a co-opted member for the poultry board.

Gareth Griffiths - Gareth is a partner in the family business JA & O Griffiths based close to Wem in Shropshire, which has a substantial egg operation. He manages over two million laying hens, packing over 1 billion eggs a year.