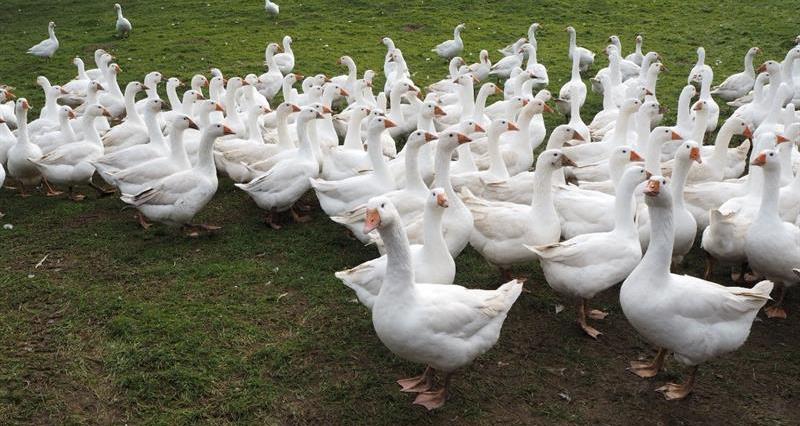 On the 17 October, the British Goose Association held a farm walk, hosted by Richard and Jo Botterill at their 500-acre farm on the Belvoir Estate in Lincolnshire. The farm walk enabled around 30 producers who were in attendance to share their knowledge regarding goose production ahead of the festive season. Despite being competitors, Richard said “in order for us all to improve the connection with our end customer, it is important that we learn from each other and offer a consistent, quality product in order to promote goose meat overall”.

Richard and Jo started poultry farming 30 years ago. They now have 1,000 German geese and 500 British geese from Norfolk that are processed alongside 4,000 turkeys for Christmas. They also produce ducks for four months of the year over the winter period and process chickens once a week throughout the year.

The geese arrive in June and are fed a mixture of rations from a local GLW feed mill. Rations include starter pellets, goose grower, whole wheat and finisher before the birds are processed for Christmas.  During the day, the flock of geese graze pasture in a nearby field and are walked back to the farm each evening to protect them from predators. The process of walking them up and down the road each day has created a large amount of interest from the general public, many of whom like to visit to photograph the birds during transition.

In 2005, the Botterill’s invested in new facilities on the farm that included a processing house and fridges. The move away from old buildings and trailer fridges allowed Richard and Jo to expand their business as demand grew.

Richard showed the group around the new facilities and the process his birds go through. After the birds have been dry plucked, they are double dipped in wax to completely remove all the feathers. Currently, the birds are hand dipped, however in order to become more efficient, Richard wants to add a spring system, something he has seen on a previous goose walk hosted by a fellow BGA member. Richard believes dry plucking and waxing the birds helps to get better results which enables him to sell his geese at a premium price. The birds are then hung for 10 days before being dressed and packaged. 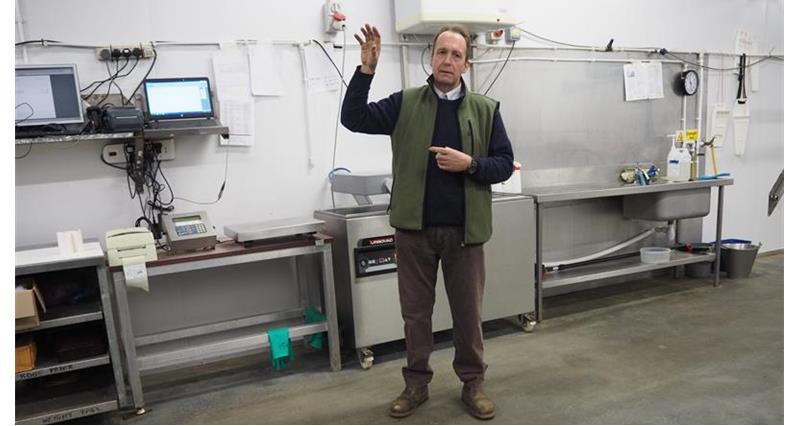 For producers selling from the farm gate, it is important to connect with the consumer and differentiate from supermarkets. One-way Richard does this is to sell his birds in a box with information about the farm on the outside of the packaging to help tell the consumer the farm story. In addition, Richard and Jo invite butchers to the farm and give them a tour of their facilities so that they can pass the information on to customers to improve the connection between farmer and consumer. This is particularly important as several customers are based in London and so it is not possible for Richard to engage with them all personally. Getting buy-in from the butcher means they are more likely to promote the credentials of the products they are selling when marketing them to the final customer.

Following the farm tour there was plenty of time to ask the host questions and attendees also heard from the BGA Chairman, John Franklin and a local poultry vet. The key message from a veterinary perspective was around biosecurity, something that poultry producers know the importance of all too well, however with many goose producers managing mixed poultry species it is imperative that in collaboration with their vet they try to minimise any disease risks.