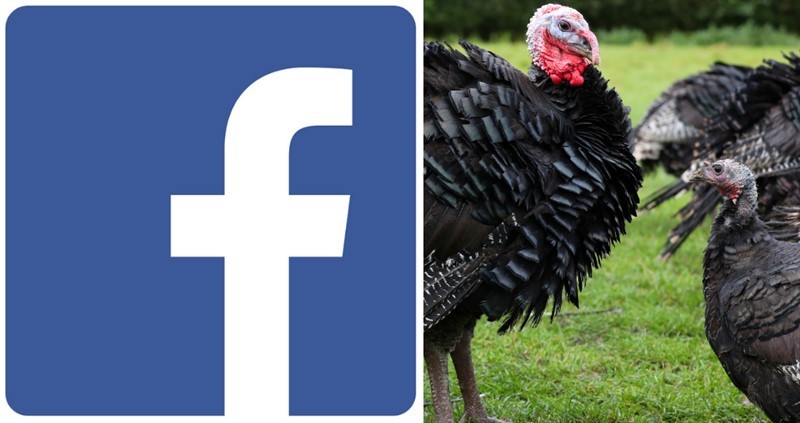 NFU social media adviser Tom Hills has been hosting free workshops for seasonal turkey members on how to create effective Facebook adverts for their businesses.

If it feels like everyone is spending a lot of time on social media these days, it’s probably because they are. Every day across the globe, 3.5 billion people log on to social media sites, and each of us now spend an average of three hours a day on social networks and messaging platforms. Facebook alone has 1.23 billion daily users worldwide, with an estimated 70% of adults in the UK signed up to the social networking site. It’s not just the young’uns either, so-called ‘Baby Boomers’ (born between 1945 and 1964) are on average spending almost two hours every day on social media. The sheer volume of people using social media combined with the information that people share makes it an extremely powerful tool for businesses to communicate with their customers.

Traditionally, seasonal producers selling turkeys from the farm gate have relied on word of mouth, signs at the end of the farm drive, advertisements in local newspapers or bulletin boards to promote their brand and products. In today’s social media-obsessed world, can the power of Facebook be harnessed to promote Christmas turkeys? NFU social media adviser Tom Hills thinks so, and he hosted free workshops for seasonal turkey members on how to create effective Facebook adverts for their businesses.

Delivered virtually via Microsoft Teams, the training sessions explained how to use what Tom calls ‘laser targeting’, to focus an advert in on a specific type of person. The power of using something like Facebook to advertise your product is that you can focus in on the people who are likely to buy your product. Rather than hoping the right person drives past your farm or reads your advert in the paper, Facebook allows you to choose who sees the advert and then promotes it on their screen when they log in. It also allows you to exclude certain groups of people from seeing the advert, such as those who are interested in activism or veganism.

What members had to say

“It was really useful to have step-by-step tuition for what I think will become a really important advertising tool for us in the future.”

“This is our first year as a seasonal turkey producer, so I was really keen to explore how social media can help us market our birds to the public. Not only did the training provide clear information about advertising on Facebook, but it was also a great opportunity to engage with other turkey producers and share a bit of knowledge and advice.”

“The training was really interesting and I think it’ll be extremely relevant to our business going forward. Targeted advertising on Facebook could help us keep momentum up on sales throughout November and December.”

“The training was useful as the world of social media advertising is complicated and confusing, even to tech-savvy people. The short course allowed us to make an advert which generated significant website traffic and some new orders, so it was well worth doing.”Edward Calcott, Calcott Turkeys, Staffordshire

While the full impact of the training won’t be determined until Christmas is done and dusted, feedback from the training sessions was overwhelmingly positive and we’ll be catching up with those who attended in the new year to see how they got on as a result of any adverts they placed.

No further workshops are currently planned, if you would like to register your interest to attend any future Facebook marketing sessions, please email TkZVUG91bHRyeUBuZnUub3JnLnVr with your membership number.