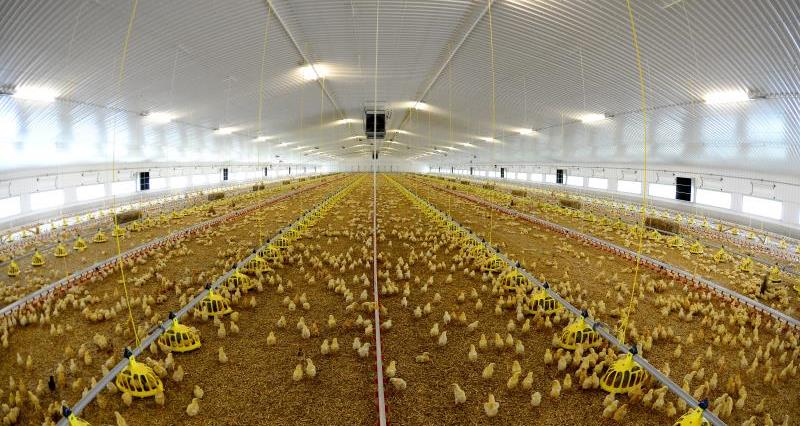 The NFU has published its viewpoint on the Better Chicken Commitment campaign from Compassion in World Farming.

“The NFU has consistently maintained that it is the quality of animal husbandry and stockmanship that are the greatest factors determining animal health and welfare, not farm size or system of production. A farmer’s top priority is always the health and welfare of their birds and we are extremely proud to have very high standards of welfare on British farms. The standards of the Red Tractor scheme, which over 90% of British chicken is assured by, has been found to be world-leading and guarantees high standards of animal welfare, environmental protection, farm safety and traceability back to British farms.

“We have concerns that the Better Chicken Commitment does not recognise the advancements that have been made in poultry farming. For example, poultry meat farms in the UK implement stocking densities that are far lower than the EU requirements, antibiotic use has declined by over 80% in the past six years in the poultry meat sector, and advancements in genetics mean that birds now have the best health they ever have.

“Our industry produces safe, traceable, sustainable and affordable chicken for shoppers at all price points, including options such as organic and free-range for those that demand it.”

"High standards of animal husbandry and stockmanship are the backbone of poultry health and welfare. The UK has some of the highest welfare standards in the world, producing high quality, safe, affordable products from animals cared for in a sustainable welfare friendly environment.

"Farm assurance schemes provide independent audit and compliance of these standards which far exceed the legislative requirement of the UK and EU, providing consumers with confidence. The UK poultry industry is a world leader, optimising welfare, embracing innovation and driving down antimicrobial usage - for which the industry can be proud."