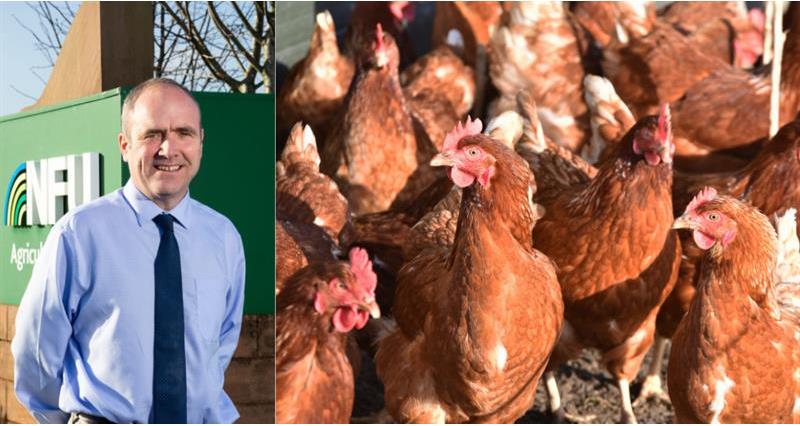 In the past few months, the industry has come together to promote its strengths, writes NFU chief poultry adviser Gary Ford in Poultry Business.

I recently heard a broiler farmer make the comment that ‘farmers want better welfare and better everything for the chickens under their care’ and it’s hard to think of something I’ve agreed with more, particularly at a time when the poultry meat sector is coming under increased pressure.

I have written in this column before about just how much the poultry sector has to be proud of and how we must continue to promote that, and I believe we have seen in the past few months in particular the industry come together to do just that.

Several campaign groups are rightly calling for the industry to continuously scrutinise and improve its standards and I think most in the industry would accept that is necessary for standards to always improve.

However, I take exception when the numerous advancements made by farmers all across the country are not recognised. For example, our stocking densities are far lower than EU requirements, antibiotic use has declined by over 80% in the past six years in the poultry meat sector and advancements in genetics have resulted in bird health improvements.

It’s worth repeating once again our belief that it is the quality of animal husbandry and stockmanship that are the greatest factors determining animal health and welfare, not farm size or system.

It’s crucial we continue to promote our high standards to the public with this message which is why it was encouraging to see the BBC devote a week of coverage to farming last month and take a look at some of the issues that will be crucial to British agriculture going forward such as Brexit, climate change and the next generation.

I share many of our members’ frustrations with the BBC’s coverage of farming of late and the NFU has raised this with them multiple times over the past year, stressing the need for a more balanced and consistent representation of UK farming. I hope the BBC continues its positive farming focus and showcases how British farming can be the solution to many of the challenges the nation faces.