Experience of the varied will be vital 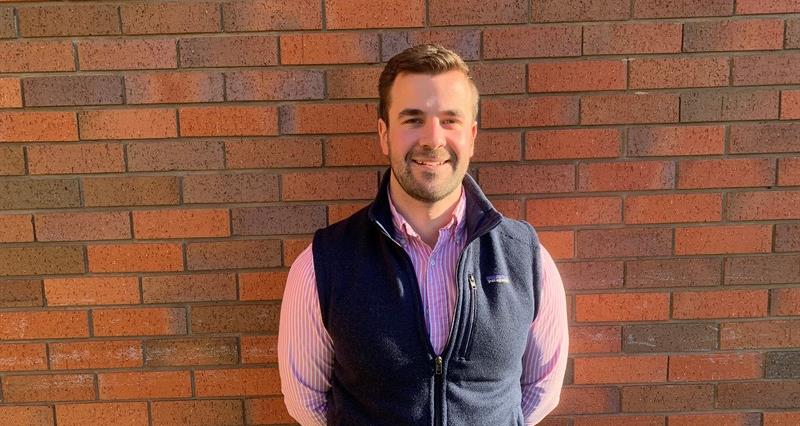 Now that the NFU Preston branch includes the territories of Blackburn and Chorley, a new group secretary was required who’d have knowledge about the numerous and varied types of farming businesses the team look after.

So, who better than 28-year-old James Diaper who comes with nine and half years of NFU Mutual experience under his belt?

James estimates that during his time spent as a locum agent, he’s stepped onto several hundred different farms from all sectors, which will put him in good stead for his new challenge at Preston, a group which now represents farmers from the fertile growing land on the west coast, all the way over to the upland hills of East Lancashire.

Growing up in Norfolk where he began his NFU Mutual agency career, James soon progressed to become an assistant agent at Wisbech in the Cambridgeshire Fens before touring the country as a locum agent.

Putting down long-term roots in the North West was an easy decision for James whose partner comes from Bolton and wished to return home. The couple currently live in Sale but think they’ll eventually settle in the Preston patch.

“This is a really exciting time to be a part of the NFU Preston team and I hope the breadth and variety of farms I’ve seen as a locum will help,” said James.

“I like to be shown around farms as I’m keen to learn how different set-ups operate. I’ll be paying particular attention to livestock and dairy farms as coming from Norfolk I’m more used to arable, pigs and poultry.”

One of James’ immediate tasks is to attract more staff to the growing agency.

“We are looking to expand considerably and will soon be launching a referral scheme for members who can put us in touch with friends or family who can come and work at NFU Preston and help grow the business,” explained James.

“We’ll donate to the chosen agricultural charity of any member who introduces us to a successful candidate, so keep an eye out for more details.”

Now that restrictions have been lifted, James is keen to be out seeing NFU members and potential clients. He’s already joined Wigan Agricultural Discussion Group and has attended some next generation focus groups within the county.