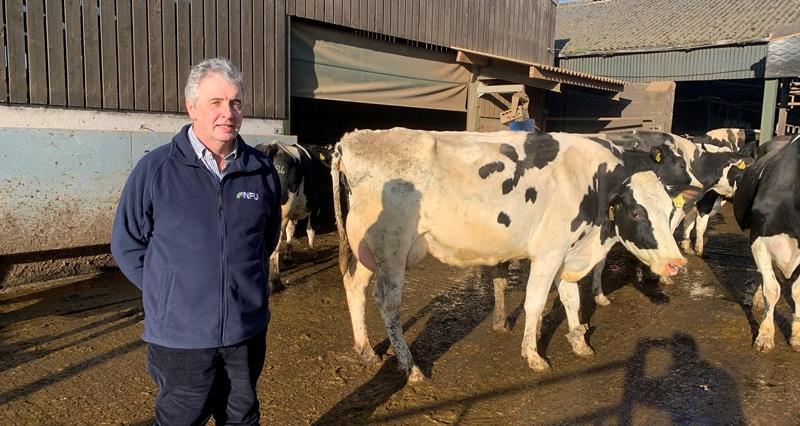 Original proposals suggesting a 65% budget for the Sustainable Farming Incentive (SFI) are now down to 33% for each scheme, so huge sums are being targeted at a mere 3% of landscape recovery area.

What impact will this have on landlord and tenant interests?

Cinderella SFI funding is insufficient to attract the 70% participation Defra has publicised.

Details of the exit scheme are online and will be an option to many approaching retirement.

Defra appears to have responded to a damning Parliamentary Committee report critical of communication failure, with full page adverts in newspapers and broadcasts on local radio for woodland creation subsidies.

The right tree in the right place can only be applauded, so I made sure I collected my pack of 10 lowland trees as part of a joint NFU/Woodland Trust initiative.

I believe there were 50 takers in Cheshire. In my younger days as YFC Club Chairman in Sandbach, I planted more than 1,000 trees one winter and they are now nearly mature, but Ash Dieback is a threat.

Personally, I have always questioned the loss of good agricultural land, but obviously money talks and there are so many demands in Cheshire.

But what about food security? ELMs was conceived pre-pandemic but now we face the consequences of lockdown policy: broken supply chains, rampant inflation, labour/energy/food shortages, let alone threats to peace in Europe.

Voices are growing to ramp up domestic production in contradiction to ELMs, but we can't process the pigs we have now.

Consumers are free to choose so we must raise our game to meet the challenge. I appreciate the AHDB meat and dairy TV advert, I hope the target audience does also.

It can be argued that this should be the prime focus of AHDB and as a levy payer you have a few weeks left to register for the April consultation on its future.

This leads us to the recent controversies of the no meat school in Lancashire (Governors have been contacted) and Oxfordshire Council also taking meat off their catering. Well done to those pushing back on social media including Jeremy Clarkson.

Fallout continues from the BBC’s Panorama dairy documentary where footage recorded by an activist employed on the farm was used to denigrate a whole industry.

I gave up with the BBC long ago and they are in no position to presume guilt by association. That said, the shocking images were not staged, they happened, and we are all condemned by one bad apple.

Red Tractor came in for a lot of stick from all sides and responded by revoking the farm’s status which will be catastrophic for the farm, depending on its TB status.

It must be made clear to everyone on farm to act as if they are on film, and some are arguing now for compulsory CCTV footage to be stored for inspection.

Finally, may I pay tribute to my predecessor Richard Blackburn for an outstanding unprecedented three-year term as chairman that we will all never forget. His family should also be applauded for their support and hospitality.