On the move - the next chapter for Carlisle NFU 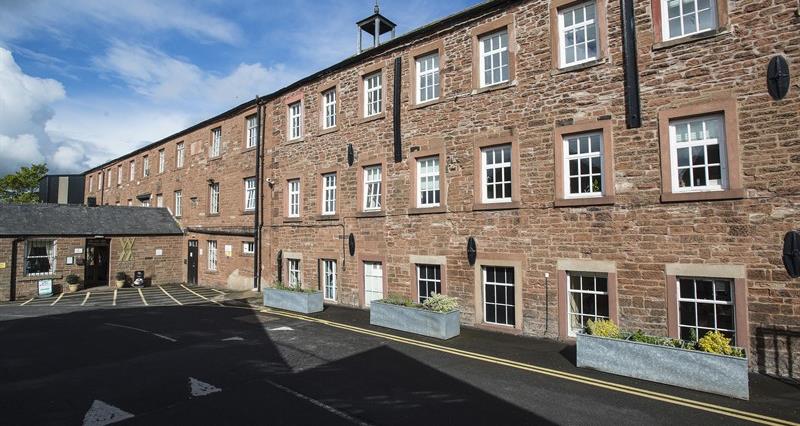 Carlisle NFU have moved to new temporary offices at Warwick Mill, pending a search for a more permanent home. A good time therefore to look back at the history of the NFU in Carlisle.

Mark Twain once famously observed that the only certainties in life were death and taxes.

If he had pondered a little more, no doubt he would have included change too, something that Carlisle NFU is about to experience as it relocates to new temporary offices at Warwick Mill, pending a search for a more permanent home. A good time therefore to look back at the history of the NFU in Carlisle.

The local NFU office was originally located within the main livestock auction premises when this was situated in Earl Street at the top of Warwick Road, behind what is now the County Court building.

At the time, it was an ideal place to transact business with the farming community, given that there were also other auction sale rings half way down Botchergate nearby, where the vets also carried out most of the animal health checks.

Subsequently, the local office moved into the same premises as the NFU County Office in 27 Portland Square and occupied a dark room to the rear on the ground floor, which was likely to have originally been the pantry for this grand Victorian house in a posh part of town.

It was August 1974 when the livestock auction moved to its current location on Rosehill. It had taken two years negotiating with the City Council to buy the site and throughout the same period various businesses set about either buying or leasing their own premises, including Barclays Bank, Bells Haulage, Frank Johnston Tractors and Pioneer Foodservice.

Similarly, accountants Kyles set about building their headquarters of Bute House on a prime site and at the same time began looking for tenants on the ground floor. This was too good an opportunity for Senior Group Secretary Nick Utting not to miss and he jumped at the chance to secure one of the best sites on Rosehill Estate for the NFU.

Whilst initially occupying only a small part of Bute House, the frontage being shared for many years with neighbour Midland Bank, it was more than sufficient in the early days with Nick and fellow Group Secretary Bill Coulthard being supported by a single staff member.

Other Bute House tenants at the time were seed merchants Osbornes and car finance business Hector’s. During this period, Carlisle NFU went from strength to strength and grew to the extent that when the adjoining HSBC (Midland Bank of old) premises became available, the office expanded into the part that had been vacated. The offices underwent further extensive overhaul in 2013, enabling Bute House to continue to be a great place to do business for the NFU and its members.

With the landlords now wishing to redevelop the entire premises for themselves, it is time for the NFU to bid farewell to their home of the last 48 years and for the current custodians of Carlisle NFU (Group Secretaries Ian Mandle, Glen Davies, Graham Holliday, Nicola Wilkinson and Michael Barnes – ably assisted by a dozen support staff) to look forward to operating from a new base at Warwick Mill Business Centre, itself a location steeped in a rich history.

Change may indeed be inevitable but for Carlisle NFU it is simply the next step in its mission to provide unbeatable service to its members.

The NFU Carlisle office has moved to: