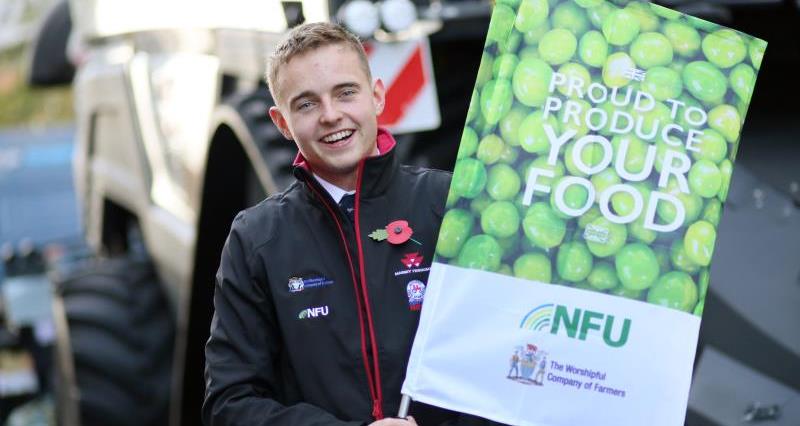 In the heart of London, thousands of adoring fans were pleading for more. People fainted while others demanded selfies on every street corner. What were they so excited about? UK agriculture, of course, writes Ben Theaker.

OK, not quite. Let’s rewind to a few weeks ago when the NFU paved the way for British agriculture at the Lord Mayor’s Show, alongside a brand-new Massey Ferguson IDEAL 9T combine which traded in muddy tram lines for metal ones.

Representing the eight areas of England and Wales were seven young farmers and myself, who had been selected to be a part of the team marching three miles around our capital as part of the 803rd procession.

I was worried about taking part and had convinced myself that the city would be full of people wearing jumpers knitted from one another’s armpit hair casting hatred upon all things agricultural.

I’ve not been to London much, and after seeing content on social media and television I was sure that we would face some sort backlash, enduring a hailstorm of rotten tomatoes, squashed avocado and hummus.

Seriously, though, I was under the impression that there was not a lot of support for farmers in built-up areas. But when I come to think about it I am not sure where this idea comes from, other than stereotypes and the media.

It was down to us get the crowd geared up and animated by beeping tractor horns, shouting “woo hoo” and waving giant flags encouraging people to back British farming and promote our industry.

We were there to remind people that their food does not just come from the shops, but it comes from us – the hard-working men and women who work all hours, finishing their 40-hour week by Wednesday lunchtime, seeding, weeding and breeding (animals) all year long in all weather, up to our eyeballs in all things wet and smelly. 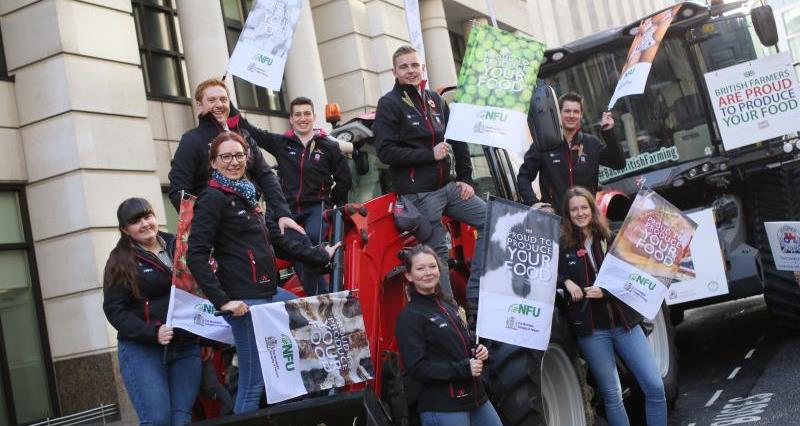 My biggest takeaway from the show was not the hangover, but that the British people love farmers and we have their full support. I know this because this is what was being shouted back at us.

The only negative comment I heard all day was from some uneducated bigot calling the combine “a killing machine of mass destruction”. This was outright hilarious rather than insulting.

The crowds were electrified as we sailed by. It lifted all of our spirits and gave me an overwhelming feeling of euphoria that I’ll never forget. I felt like a rock star.

My London trip also opened my eyes to something alarming. The connection between the general public and food production is like 4G signal in a farmyard: nearly non-existent.

Now it seems obvious that to some extent city-goers will be less well-informed when it comes to agriculture, but I’d say at least 70% of the people had no idea what a combine was.

Read more: #BackBritishFarming parades around the streets of London

What struck me was that it was not the children asking “what’s that?” when staring up at the MF 9T in amazement, but the adults.

I don’t expect people from a non-farming background to know every piece of kit on the farm, but a combine harvester is iconic. Some people were even questioning the contents of the fruit and veg in the tractor’s front loader bucket.

So I can conclude that the public are fully behind farmers and are wanting to buy British. To complement this, I think we producers need to be pushing the benefits of buying British – such as food traceability and much-reduced air mileage.

This crossover between high interest and lack of understanding is the perfect point to be pushing to enlighten consumers on all things agricultural – Open Farm Sunday, hosting school trips on your farm, and talks in class.

We need to act before the interest fades and the connection between producers and consumers is lost.