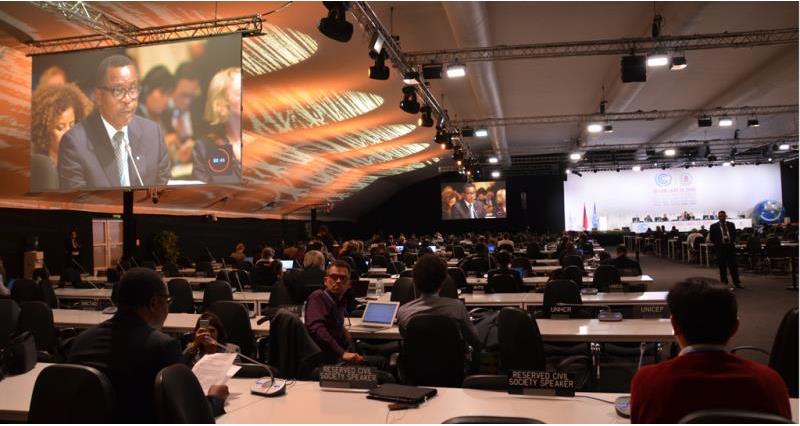 NFU climate change adviser Ceris Jones reports from the Subsidiary Body on Scientific and Technological Advances at the COP22 climate talks in Marrakech:

These were the words of Dyborn Chibonga of NASFAM in Malawi, speaking on behalf of the Farmers Constituency during the closing session of the Subsidiary Body on Scientific and Technological Advances.

Last week, these two terms, adaptation and mitigation, were one of the main reasons for the impasse during the negotiations. Perhaps his words were not too late as rumours abound that there might be a last-ditch attempt by the COP22 hosts to get something on agriculture out of the talks because of the importance of the sector to the Moroccan economy.

The Farmers Constituency represents millions of farmers from all corners of the world, from smallholders to large scale farmers, those planting crops, raising livestock, practising silviculture and fisher folk. 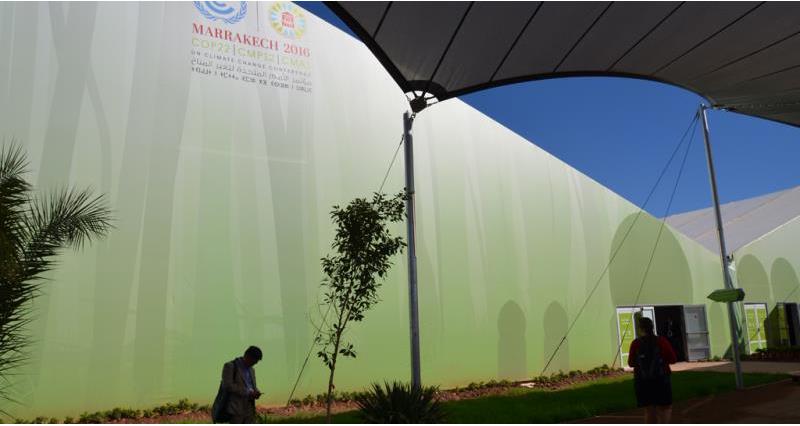 “You can take a man off the farm but you can’t take the farm out of the man”.

No sooner had Richard Bower, Staffordshire beef farmer and Next Generation Forum chair walked on to the COP22 site, than he had his eyes on the temporary exhibits hall as a new cattle shed.  His first job was having a quick word with Lesley Griffiths, Cabinet Secretary for Environment and Rural Affairs for the Welsh Government as she finished up her presentation on the energy transition in Wales.

Next up, listening to the aspirations of the 100% Renewable Energy initiative, followed by a speaking slot at a Global Alliance on Climate Smart Agriculture event on the gender gap in agriculture. The NFU’s climate change adviser left the event very pleased with the male panellist who finished the event by saying “give more power to women to transform the planet”. 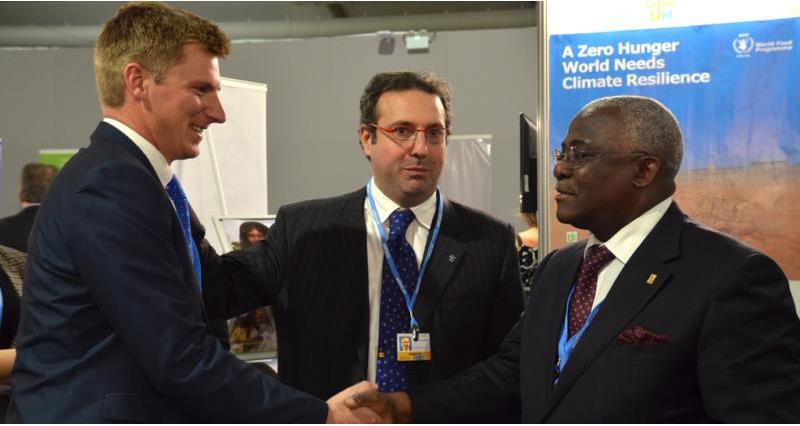 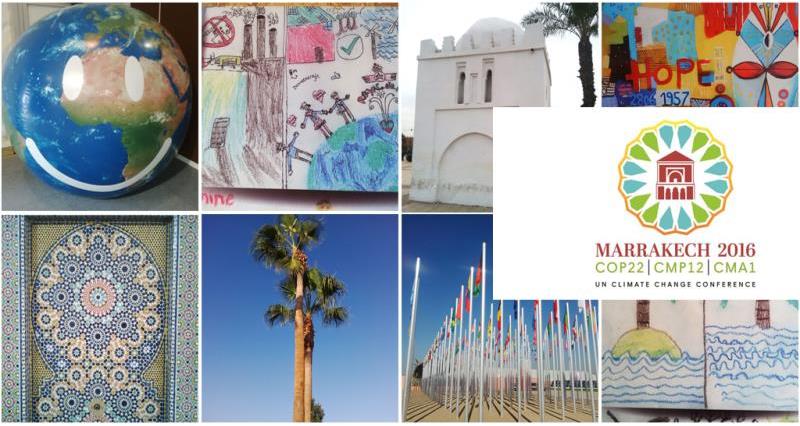