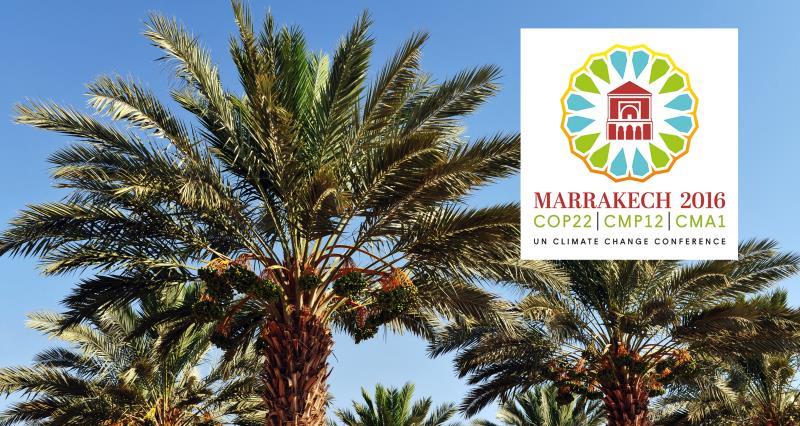 This was the rallying cry during Farmers Day at COP22, as the first two workshops of the day highlighted the range of actions undertaken by farmers which help to implement the Paris Agreement. Renewable energy was hotly debated by farmers, NGOs and extension specialists from Canada, France and India, writes Ceris Jones.

The experiences of UK farmers showcased in the recently published UK farming unions and WFO brochures were echoed in Marrakech. Benefits to the farm enterprise like energy independence and improved business resilience run alongside benefits to the wider economy and to the environment. In India, renewable energy has been invaluable in helping to power irrigation in remote rural areas which are off-grid. In France approximately 20% of clean energy is produced by farmers and the French farmers association, FNSEA, and French forest organisations are working with their national authorities to develop national strategies on biomass and on the bio-economy. Canadian farmers were clear that for them there is no food versus fuel debate because the market decides what they should produce.

Never mind the ghost at the feast in the shape of climate denier Donald Trump - I’ll leave you with the perhaps immortal words of Don McCabe from the Canadian Federation of Agriculture: “Farmers can do it all, because we know what we’re doing.”

Check out our brochure showcasing the work of farmers tackling climate change here.

Blog: Enthusiasm for change at COP22