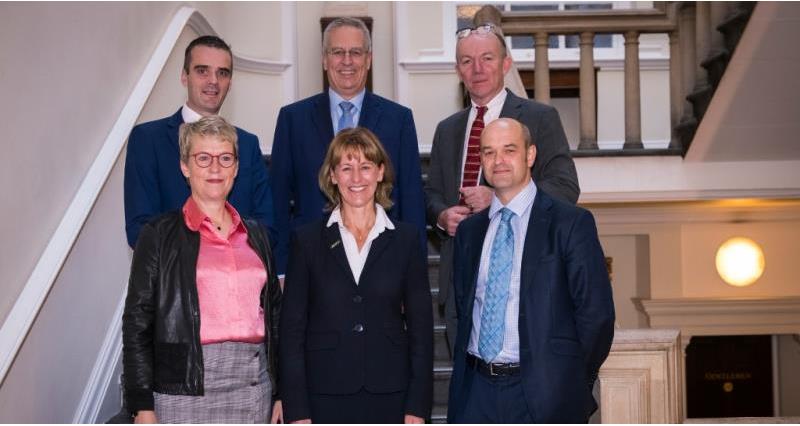 Farming leaders from Europe and the UK have come together in London this morning to call upon policymakers to recognise the strategic importance of food and farming businesses in the Brexit negotiations.

With less than six months to go until Britain leaves the EU, leaders of Europe’s major farming organisations from France, Germany, Ireland, Denmark, the Netherlands and the UK urged Brexit negotiators to reach a deal that works for both the UK and the EU at the high-level conference Beyond Brexit: Farming for our future.

Farmers and growers in the UK and in Europe are currently operating without any certainty on a future trading relationship or how they will recruit a competent and reliable workforce for their businesses.  Securing a Brexit withdrawal agreement is crucial to providing much-needed clarity for these businesses.

NFU President Minette Batters said: “It could not be plainer that our shared best interests lie in the successful conclusion of a Brexit agreement. The organisations here today are making the case for food and farming in every capital in Europe and calling for the building blocks to be put in place for our future.”

For both UK and EU farming businesses, uncertainty over the post-Brexit trading environment is a cause for concern. Looking beyond March 2019, the conference explored how the agri-food industry across Europe can find shared solutions to work together post-Brexit.

Other representatives of the host organisations also commented:

Tom Hind, Chief Strategy Officer of AHDB commented: “The prospects for UK agriculture hinge significantly on whether there is an orderly or disorderly Brexit. However, all scenarios imply change, including the restructuring of farming businesses. Therefore preparation is key and our ability to work together will be vital.”

President of the German farmers' association (DBV), Joachim Rukwied, added: “The EU and the UK should now conclude a deal that will avoid trade disruptions while maintaining the integrity of the European single market."

Arnold Puech d’Alissac, member of the bureau of French farmers’ union, FNSEA, said: “In order to build this future relationship we need time and the transition period is important to allow a smooth evolution between a full membership in the EU and a strong third country relationship.”

President of the Irish Farmers’ Association, Joe Healy said: “I am heartened to see strong solidarity from farming unions across the EU for the position adopted by IFA for full access and frictionless trade both North-South and East-West between Ireland and Britain, while retaining the full value of the UK market.”

Vice-President of the Danish Agriculture and Food Council, Lone Anderson said: “It is important that the future relationship between EU and the UK remains open and farmers on both sides of the channel have a level playing field. The value chain between the EU and the UK has been built up over so many years. Consumers have come to expect and cherish the high quality of our produce. This welfare and long term prosperity of the agri-food sector must be protected.”

Concluding the event, Marc Calon, President of Dutch farming union, LTO Nederland said: “Maintaining common standards and a level playing field is essential to ensure the significant trade between the EU and UK. Regardless of the outcome of the negotiations, keeping an open dialogue is important for our continued close cooperation.”