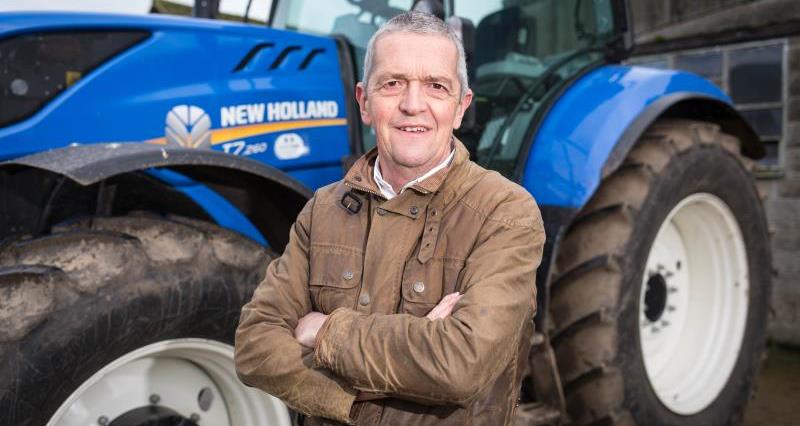 NFU Deputy President Guy Smith has told delegates at the National Tillage Conference that a no-deal Brexit would be catastrophic for the farming industry.

Mr Smith, speaking today (Wednesday 30 January) at the Lyrath Hotel, Kilkenny, made it clear that Brexit needs to be orderly and incremental.

“You cannot unpick overnight complex systems of trading agricultural goods within the EU that have been established over a period of forty years. It needs to be thought through and phased, as indeed was the UK’s entry into the European Economic Community (EEC) in the 1970s.

"Similarly, the UK will need to renegotiate its trading relationship with the rest of the world cautiously and agriculture should not be the chip that is most often given away in the negotiations. The World Trade Organisation is a lions’ den where agriculture is usually on the menu. While the livestock sector in both the UK and Ireland looks most vulnerable to the Brexit challenge, we should not forget there are important consequences for the tillage sector.

“In addition to the challenges that Brexit will bring, arable farmers face wider issues such as the loss of plant protection materials and the need to address environmental objectives such as climate change.

“We are losing key crop protection products to the point that EU and UK farmers are losing their competitive edge with farmers elsewhere in the world who increasingly enjoy lower production costs due to access to pesticides and plant breeding technologies banned in the EU. Do we need to rethink how we lobby to make the case for agriculture which is both productive and profitable while meeting environmental and social objectives?

“Farming globally is in on the brink of the fourth great agricultural revolution where digital technology such as robotics, telemetry, remote imaging, camera technology and GPS will all transform the way farmers produce crops with smarter farming. However, without profit, farmers will not be able to invest in this new technology and exploit its potential.

“Both here and in the EU there will clearly be a greater emphasis on farm support being delivered through the concept of ‘environmental goods’ with the role of the farmer being seen as both a food producer and an eco-system service provider. In a world where there is decreasing support for farmers as food producers this latter role clear presents opportunities for farm businesses to develop new income schemes to keep them financially viable.

“But we should remember that what defines farming is food production. Farmers first and foremost need to make a profit from food production. This will help us invest in new technology going forward that will keep us competitive in an increasingly globalised world while delivering environmental objectives such as lower carbon and enriched landscapes.”