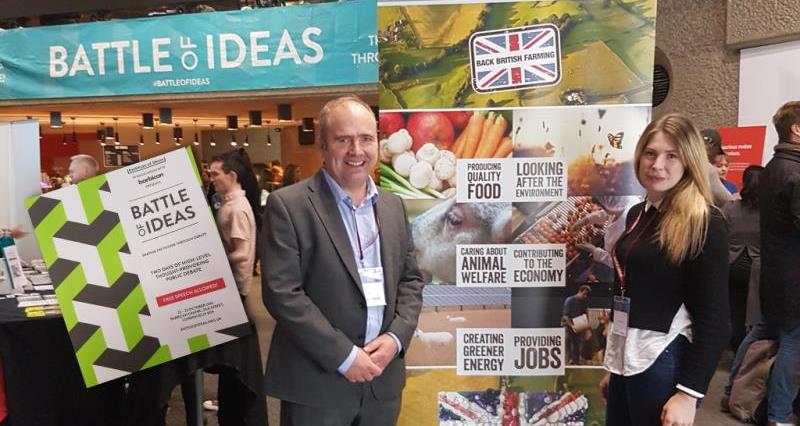 How will we feed Britain after Brexit was the question debated by Guy Smith and other panellists at Saturday’s Battle of Ideas debate in London.

The synopsis of the debate alluded to the future of British farming being thrown into question in the face of the Brexit vote and this was immediately obvious as the chairman opened, making reference to a new national food policy which could take the place of the common agricultural policy.

This immediately set alarm bells ringing; A national food policy could look significantly different to the domestic agricultural policy proposed by the NFU, the use of food as opposed to agriculture indicates a much wider policy scope, reflective of the entire food supply chain. This raised questions about where agriculture would sit within this.

The main point of difference on where British agriculture may sit within this was between NFU Vice President Guy Smith and Molly Scott Cato, Green Party MEP representing the south west.

The way that we seek to feed ourselves is not black and white according to Mr Smith, but he was clear on the fact that what British farmers need is a level playing field on which they can competitively trade, particularly if subsidies may no longer be available. 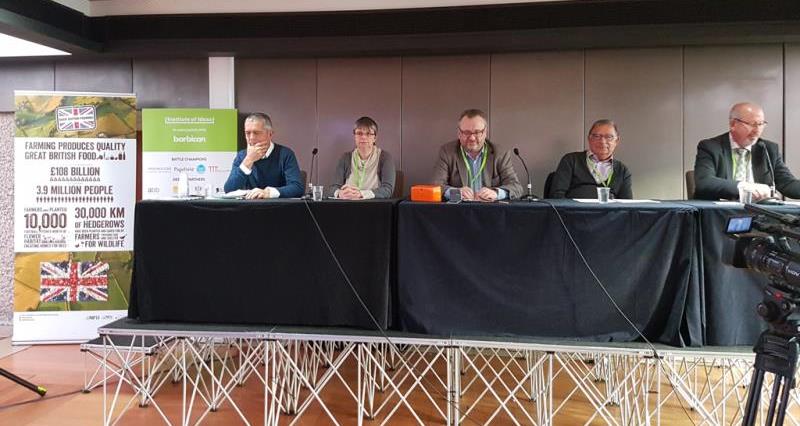 Ms Scott Cato, as opposed to debating how we actually feed Britain after Brexit, decided to veer away from farmers as producers, instead drawing attention to the social and spiritual value of the countryside, suggesting that the social contract between farmers and the public needed to be drastically renegotiated.

Perhaps surprisingly supporting subsidies, she argued, or proposed (whichever you prefer), these should be used as a payment for ‘services’ which could contribute to the social and spiritual value of the countryside.

See also: What the Battle of Ideas thinks about feeding Britain after Brexit

When thinking about the environment, the idea of subsidies being used to support agri-environmental initiatives is not a new one. But when debate was supposed to be about how we feed Britain after Brexit, how can this argument be relevant?

As Mr Smith highlighted in summing up, Brexit is a chance to build a better, more robust agricultural system but, he recognised a balance needs to be struck between production and other services in the countryside.

As one audience member said, ‘the countryside is a resource and farmers are the best people to use it’.

As Ms Scott Cato had already proved, how we use that resource is the debate. What is clear is that this will be central to how agriculture is positioned within the wider political framework, especially if there is the possibility of it being included within the scope of a ‘national food policy’.