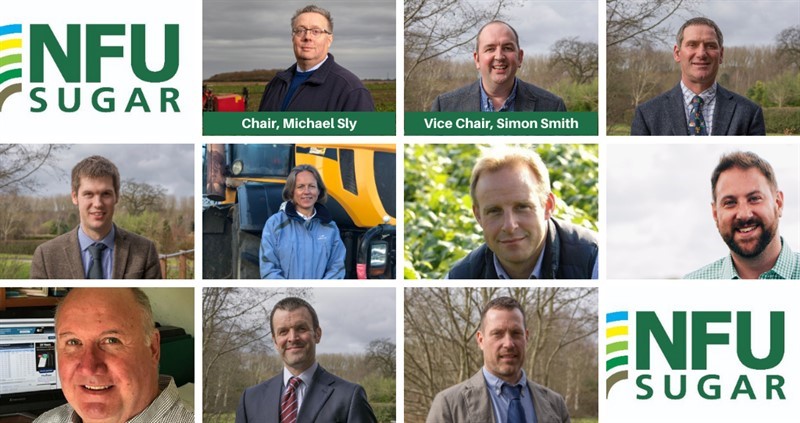 Find out who's who on the NFU Sugar Board - read their biographies below, or skip to their roles and responsibilities. 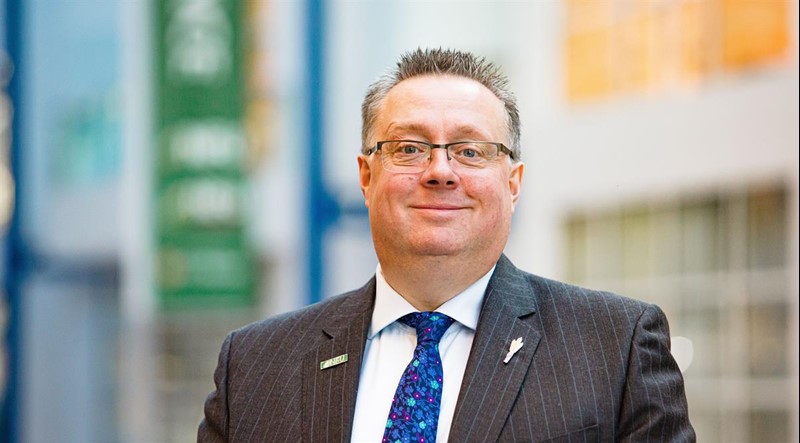 Michael farms in the Fens of North Cambridgeshire and South Lincolnshire, farming 2,000 hectares, across three farming businesses. The family have been involved in drainage and farming in the Fens since the 17th century.

Michael has also served as NFU county chair and the council delegate for Cambridgeshire, the most farmed county in the UK, chairing the East Anglian regional board for four years, as well serving as Chair of the NFU Audit committee.

Michael is chairman of the North Level District Internal Drainage Board, serving 34,000 hectares. He spent 10 years on the Anglian Northern Regional Flood and Coastal Committee. He is currently chairman of the English Mustard Growers and vice chair of Condimentum LTD for the milling of mustard seeds and processing mint leaf in Norwich, working with Unilever’s Colman’s brand. 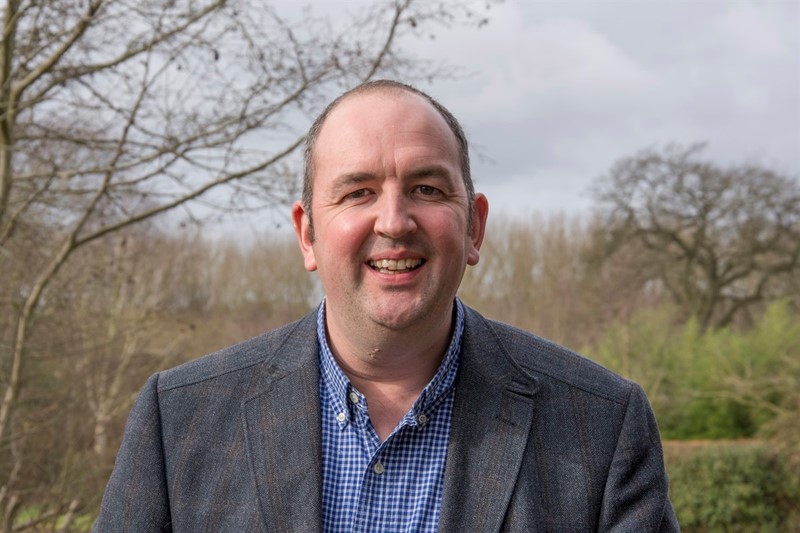 Since graduating from Shuttleworth Agricultural college in 1996, Simon has developed the farm business with a commitment to utilising sustainable and innovative growing techniques. He is committed to the continual development of the sugar beet crop amid challenging agronomic pressures and the removal of quotas in 2017.

Having had the privilege of participating in the 2014/15 Sugar Industry Programme, Simon was delighted to become an appointed member of the board. He lives with my wife and two young sons and when work permits, Simon can be found racing my Caterham or supporting Norwich City Football Club. Simon was appointed to the board in 2015 and is on the BBRO stakeholder board. 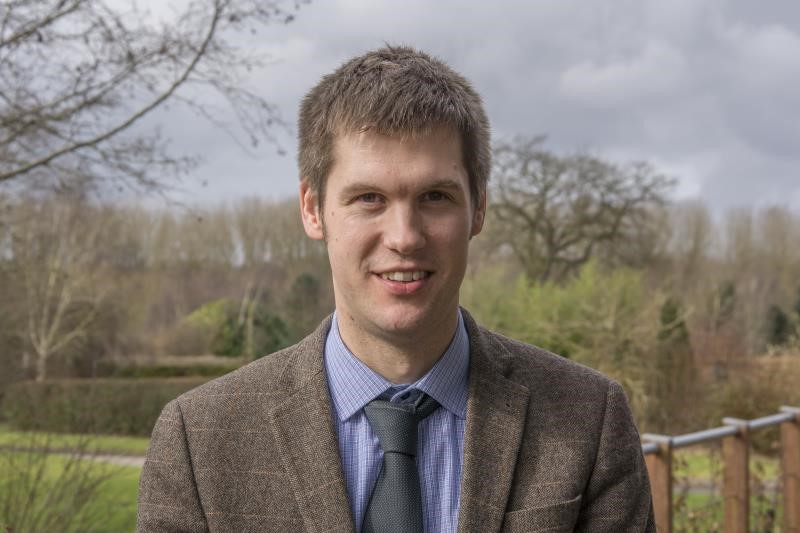 Sam has been a director in a family farming business based in Lincolnshire and East Yorkshire, which has both an arable and pig enterprise since 2008. The farm covers a wide geographical area and a range of soil types, and sugar beet is grown across most of the farm as part of a rotation, growing a considerable tonnage of sugar beet for the Newark and Wissington factories.

Sam was a participant on the Sugar Industry Programme in 2015/2016, a member of Red Tractor Combinable Crops & Sugar Beet Board and a National Pig Association Producer Group member. 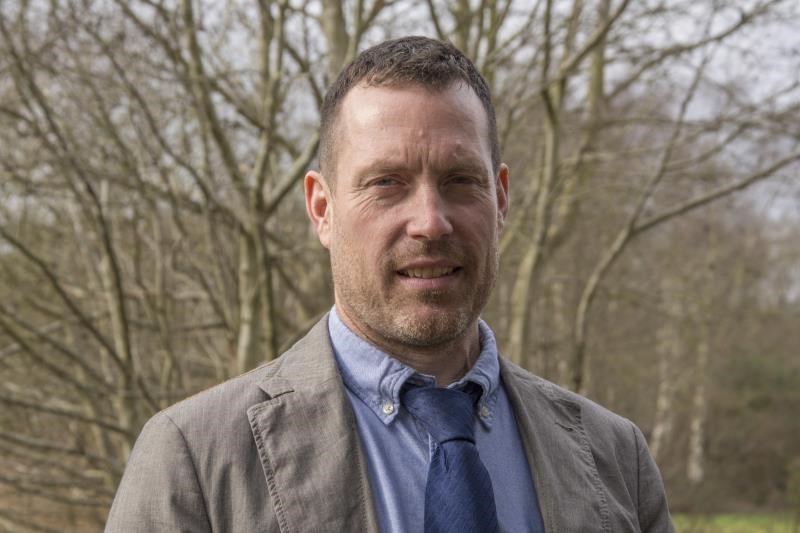 Based between Selby and York, Graham farms around 2,500 acres in partnership with his father growing wheat, barley, oilseed rape and sugar beet. This is split between land that they own and land that is shared or contract farmed. Additionally they run an agricultural contracting business which is mainly involved in combinable crops, dealing with individual jobs through to whole farm contracts. Furthermore they currently harvest around 4,000 acres of sugar beet.

After attending Askham Bryan College, Graham then went on to study agricultural mechanics at Bishop Burton. He became BASIS qualified in 2012.

As one of the most northern growers and contractors of sugar beet, Graham is still committed to growing 1,1000 tons of beet despite the closure of York factory. With attention to detail good performance figures can still be achieved around the Vale of York.

He was co-opted onto the board after taking part in the joint British Sugar-NFU, Sugar Industry Programme in 2012 and has been an elected member since 2013. Graham is also joint chair of beet reception committee. 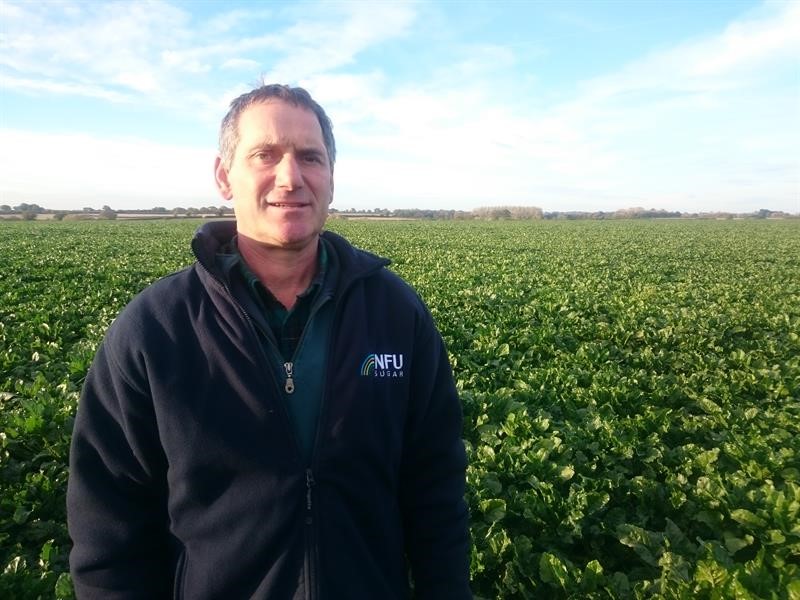 Andrew is married with three children. He has a degree in agriculture from Newcastle upon Tyne University. Along with his cousin Stuart, he farms about 1,500 acres with land in the Fakenham and Holt areas of Norfolk, growing wheat, malting barley, sugar beet and HOLL oilseed rape. The farm is responsible for 8000 tonnes of Sugar Beet quota.

Andrew was BASIS qualified in 1999 and has been on the professional register ever since. He participated in the Sugar Industry Programme 2011 organised by the NFU and British Sugar.

Andrew was vice chairman of the North Norfolk NFU from 2009-2011 and chairman from 2011-2013. He has been chairman of his local Parish council for the past 10 years and has been an active Committee member of Holt RFC on and off over the last 30 years.

Andrew previously sat on the Red Tractor Assurance for Combinable Crops and Sugar Beet for three years before becoming the co-chair of the Beet Reception Committee for the last three years. 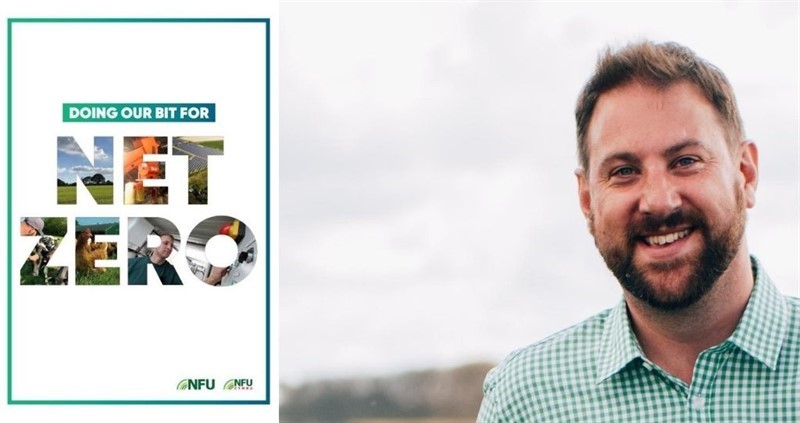 As well as sugar beet, Tom Clarke grows milling and biscuit wheat, potatoes and linseed on the recently expanded 420Ha farm near Ely in the Fens. He joined HLS in 2012 and has formed the Ely Nature-Friendly Farming Zone with 22 neighbours and counting, in partnership with the RSPB.

He is keen to educate the public about food and farming. This sees him host local school visits as well as running the Prickwillow Ploughing Festival with the local museum, getting around 2,000 visitors every year. He is also active in standing up for British farming on social media and increasingly in the written and broadcast media.

Tom has a degree in Economics & Politics and an MBA from Warwick Business School. He worked in journalism, local government and as a management consultant across public & private sectors before unexpectedly having to return to run the family farming company in 2009. He is now an accidental 4th generation farmer. He has never studied agriculture but rather ran the business side of things and has learned how to farm “on-the-job’. Tom was selected as an ‘Emerging Leader’ at the 2019 Oxford Farming Conference.

In his second year being co-opted onto the Board by the other members, Tom has taken on responsibility for the Beet Yield Challenge run by the BBRO.

Tom said, “Beet growers have a great story to tell about homegrown sugar and the progress we have made so far. There is always more work to do, and crucially through better cooperation I believe growers can seize opportunities, win greater economic power and gain more control over our industry and our livelihoods.” 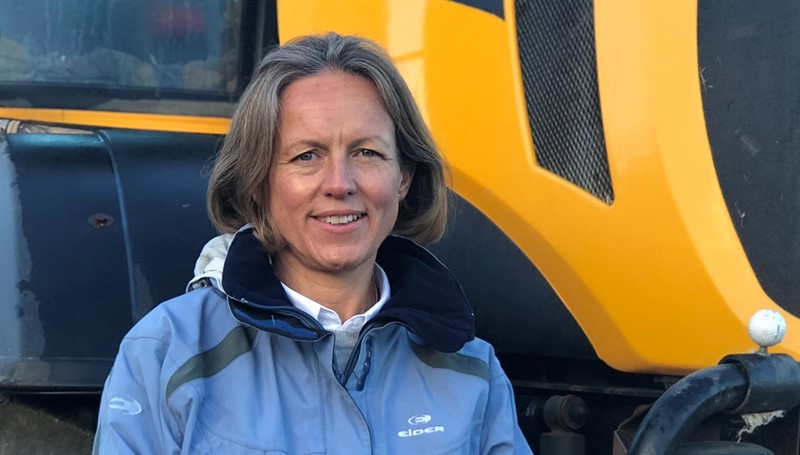 Alison has worked on her family farm in South Norfolk for much of her life. Working closely with her family, she farms and runs a busy agricultural contractor’s business, covering an area from North Norfolk down to Essex and across to Cambridgeshire.

Alison's father was a pioneer of the first six-row self-propelled sugar beet tanker harvester. Today the team harvests around 1,500 acres of sugar beet and has a 4,000 tonne contract of their own. They grow W Wheat, OSR, and W Barley. As a business they have always appreciated the loyalty of customers, and the importance of building long-term business relationships, some now spanning three generations.

Alison's college years were spent at Hampden Hall in Stoke Mandeville, Buckinghamshire, and the Norfolk College of Agriculture. She participated in the 2014/2015 Sugar Industry Programme, after which she joined the BBRO Stake Holder Board. This board helps to focus and prioritise the direction of research undertaken on behalf of all growers via their levy payment. Since 2015 it has been her privilege to chair this board.

She lives with her partner Simon, who works as an agronomist, and her 13-year-old son, Joe. 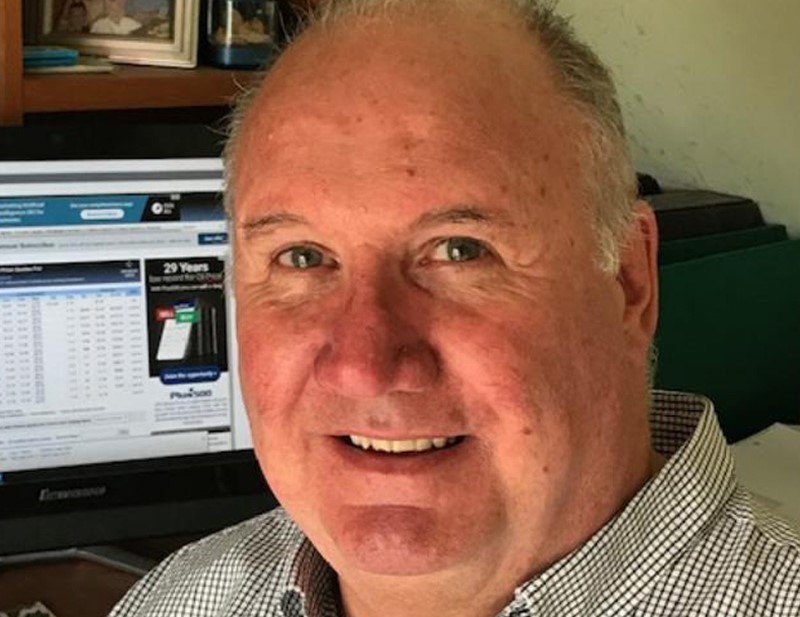 Paul Harper has spent his entire career in commodities and has been in sugar since 1976. Paul joined C. Czarnikow in 1973 working in their London, New York and Singapore offices. Leaving in 1989 to join Sucden in Paris, he then left Sucden with other senior management in 1991 to start CR Sugar trading in London as joint Managing Director (CR Sugar was the London office of Czarnikow Rionda). In 2000 Paul started Sussex Commodities and held a Board position with an associate ex ED & F Man and from 2004 Paul has been running his own trading company. Paul has a huge amount of consultancy experience, with having consulted for a Hedge Fund, Major Bank and a large trade house in sugar during that time. 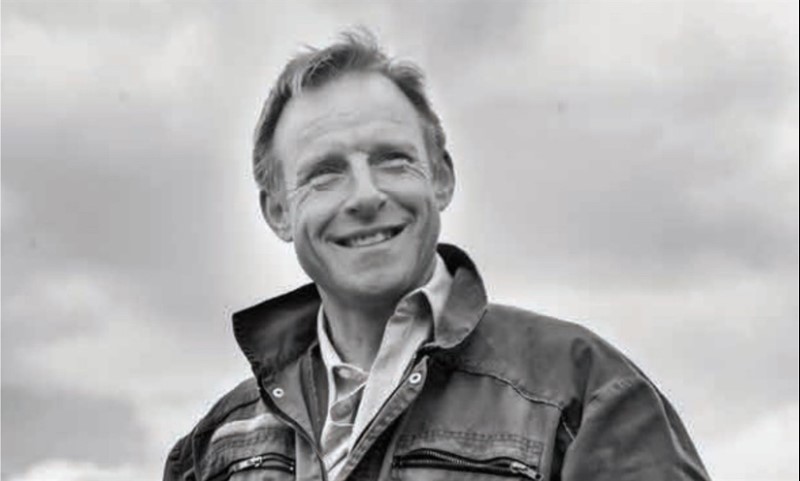 LF Papworth Ltd is a contract farming business based near Aylsham in Norfolk farming 1,250 hectares on behalf of over 20 different landowners.

Kit has specialised in combinable crops and sugar beet. He is on the BASIS Professional register and is responsible for the farm’s agronomy and crop recording, Health and Safety and HR. LF Papworth
Limited won the Norfolk Champion Farms competition for 2004 and 2005, 2008, 2009 and 2014.

Kit was a board member of Anglia Farmers for 12 years and was Chairman from 2011 to 2014, retiring
from the board to chair the subsidiary AF Logic until it’s sale in 2017. He joined the NFU Sugar Board in 2020 with specific responsibilities for Red Tractor.

Kit has been on the council of the Aylsham Show for many years, managing the food theatre. He is Chairman of Pensthorpe Conservation Trust. He has three children and lives with his partner Caroline. 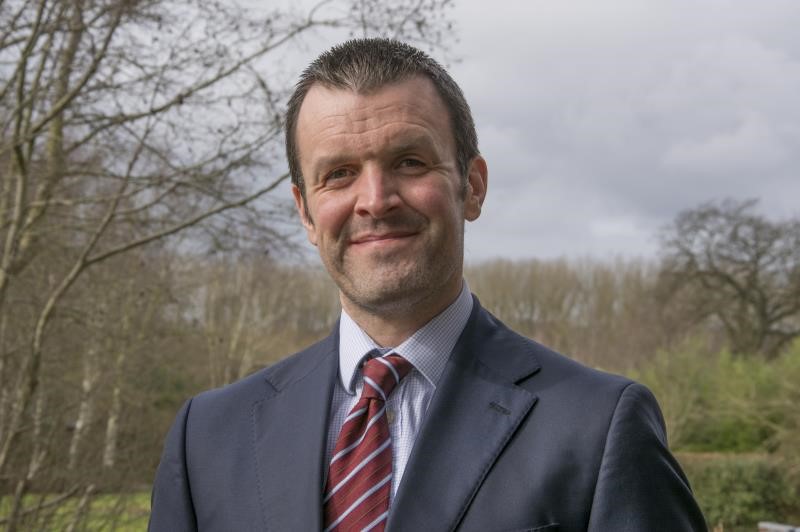 All the members of the board are always keen to speak with growers to discuss any issue in the industry. 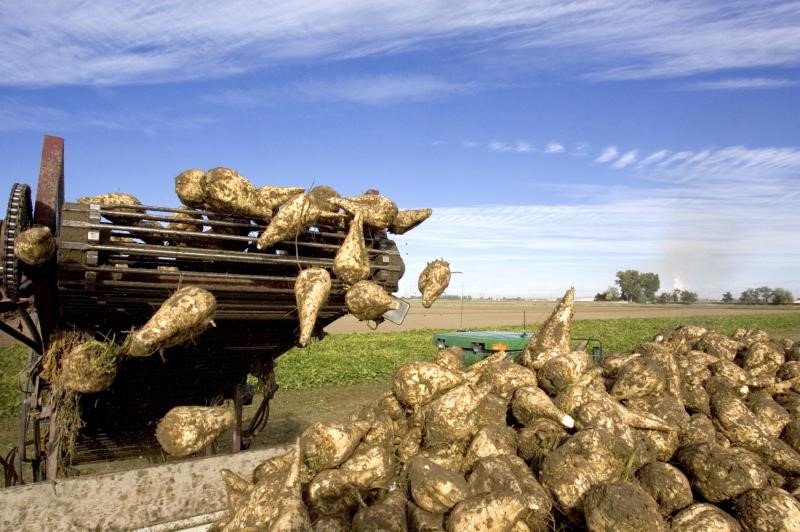 NFU Sugar board roles and responsibilities

The NFU Sugar board exists to represent and promote the best interests of all UK sugar beet growers as their representatives. The NFU Sugar negotiation team represents growers in the annual contract negotiations with British Sugar. Working with NFU Sugar staff members, the Sugar board responsibilities are divided as follows...

Vice chair, Simon Smith
Simon supports Michael in his duties and substitutes where necessary. A key part of the negotiation team, Simon is heavily involved in the annual contract negotiations with British Sugar alongside his role on the Recommended List board and the mileage working group (see below).

Beet reception
Chair, Andrew Ross; Vice chair, Tom Clarke
Andrew and Tom work together on the Beet Reception Committee, representing growers’ interests. They work closely with Greg Brighouse (Beet Intake Manager) to engage with British Sugar on behalf of the Sugar board to ensure the smooth operation of the Beet Reception function and the factory forums. They also assist with beet intake and tarehouse functions in the campaign along with seasonal staff recruitment.

Seed
Lead, Sam Godfrey;  deputy, Graham Liddle
Sam and Graham represent NFU Sugar on the joint Seed Working Group along with Arthur Marshall (Senior Commercial Analyst). Together, they are responsible for leading on decisions on all matters related to seed, genetics, treatments and seed processing. They are the lead grower voices on seed related matters with the media. They engage with British Sugar on behalf of the Sugar Board and take decisions necessary to ensure the smooth operation of the UK Seed Account / UK seed model.

Recommended list (RL) Board
Sam Godfrey and Simon Smith
Sam and Simon strive to ensure grower’s views are fully represented at RL board meetings; and decisions are consistent with and appropriate for UK beet growers.

British Beet Research Organisation (BBRO)
Kit Papworth and Tim Beaver
Kit and Tim engage with BBRO on behalf of the Sugar Board and take decisions necessary to ensure the smooth operation of BBRO, working closely with Charlie Parkin (NFU Sugar Adviser). They ensure all grower’s views are fully represented at BBRO Stakeholder Committee meetings throughout the year.

Board members and appointees
Alison Lawson
Alison is a valued member of the Sugar board, having represented growers’ interests on the BBRO Stakeholder Committee for many years. She farms in South Norfolk and runs a busy agricultural contractor’s business covering an area from North Norfolk down to Essex and across to Cambridgeshire.
Paul Harper
Paul is an appointee to the Sugar board, bringing a wealth of experience to the role having spent his entire career in commodities and in sugar since 1976.