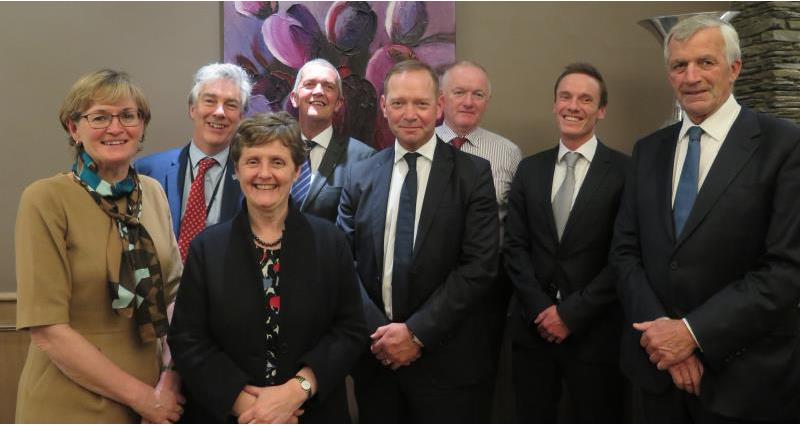 The NFU urged senior MEPs to support the renewal of glyphosate at a dinner in Brussels this week held ahead of a crucial European Parliament debate.

NFU Vice President Guy Smith, along with acting chief science and regulatory affairs adviser Dr Chris Hartfield and members of the NFU team in Brussels, re-iterated to MEPs how vital glyphosate is to farmers.

Members of the Irish Farmers’ Association and the European Crop Protection Association were also in attendance.

Mr Smith, who was this week re-elected as vice chair of the Copa plant protection working group, said: “It was encouraging to see how many British and Irish MEPs are interested in the debate over glyphosate and want to find out more about how a ban would impact farming.

“The reauthorisation decision looks like it will go right down to the wire. This is why we need our colleagues from farming organisations across the EU to keep driving home the message that glyphosate is vital to productive, sustainable agriculture and that decisions like this must be based on the available science and evidence – the overwhelming weight of which shows glyphosate is perfectly safe.

“Farmers need to have access to all the tools they need to produce safe, sustainable, healthy food for a growing population and the NFU will continue to drive home this message in the run-up to the vote on glyphosate’s reauthorisation.”