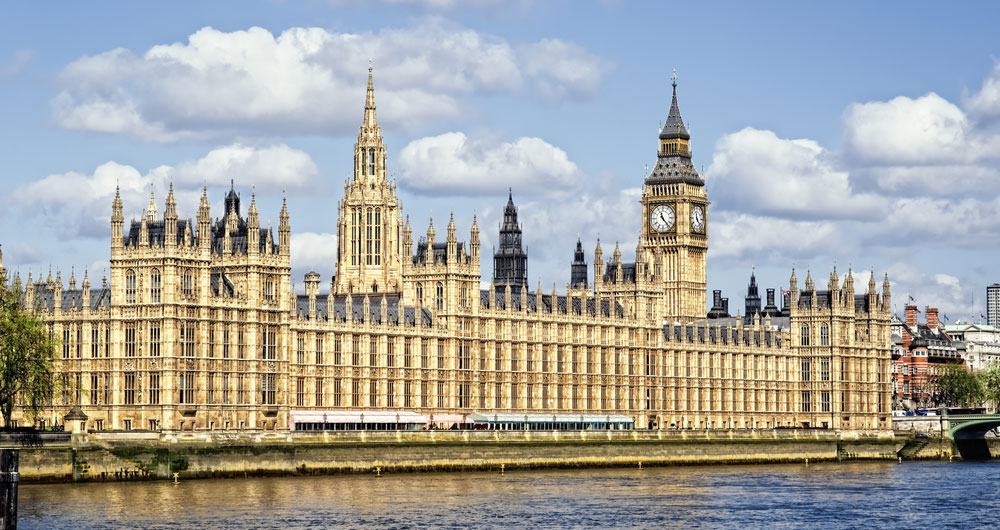 In June, the NFU wrote to all Conservative Party leadership candidates, urging them to commit to delivering a positive future for British food production and to work with farmers to seize the opportunities that lie ahead.

In the open letter, NFU President Minette Batters highlighted three key policy areas where a future Prime Minister can work with farmers to future-proof British farming. These key asks are for:

Mrs Batters also highlighted the importance of avoiding a no-deal Brexit, given the considerable economic damage it would entail for Britain’s food and farming sectors, the wider economy and the British public.

A letter has also been sent to the candidates for the Liberal Democrat leadership reiterating the role they can play in supporting a bright future for British food and farming, such as through the Agriculture Bill’s passage through Parliament.

“Farming is now at a crossroads. As the industry potentially most affected by the decision to leave the European Union, the next Prime Minister has a unique opportunity and responsibility to shape the future of British farming, food production and the countryside we all value so highly.

“Get it right and the rewards can be huge, get it wrong and we could see the decimation of Britain’s ability to feed itself and to care for our iconic landscapes. For this reason, the next Prime Minister must commit to doing everything in their power to avoid a hugely damaging no-deal Brexit, given the enormous economic damage this would entail for our food and farming sectors, the wider economy and the people of the UK."

“Of course, avoiding no deal and achieving the right outcome from Brexit remains a huge priority for farm businesses, but we also want to work with the next Prime Minister and their government on a broader range of issues, to seize the opportunities the future holds.

“As a candidate in the Conservative leadership election, I am asking you to rise to these challenges and pledge your support for farming and commit to a positive future for domestic food production and the high standards associated with it.”

Thank you for writing to me.

Farming and agriculture is at the heart of British life and I have sought to put it at the centre of my campaign. Meeting sheep farmers in Shropshire and fishermen in Peterhead brought home to me the importance of agriculture and fishing to our economy and environment. As Prime Minister, I will be judged on my success in supporting the farming industry and I look forward to working closely with you.

Brexit is the most pressing question that you raise and it is the pivotal issue in this campaign. I have consistently made it clear that my preference is for us to leave with a better deal that addresses the problems with the existing deal and specifically the backstop. I believe that with my experience of business and government I am the best placed candidate to get that deal.

I have also sought to prepare for the possibility that the European Union refuses to budge by putting forward a comprehensive No Deal plan. As part of that, a “No Deal Relief Programme” would include a £6 billion fund for the fishing and farming sectors who export to Europe, to ease transition out of the European Union while honouring our international obligations. I would introduce a mixture of tariffs and quotas on beef, lamb, pork, poultry and some dairy to support farmers and producers who have historically been protected through high EU tariffs. I would not lower standards in pursuit of trade deals and I would use every tool to make sure the standards are protected. This plan gives us both the best chance of getting a deal but also ensures we are prepared if we do not.

I have heard your arguments on the uncertainty that your members will face if we have to leave the EU without a deal. My commitment is that I will mitigate the impact of No Deal Brexit on them. Where they have to change their business model, I will guarantee they get the support they need to do so.  We will ensure that no family or community is left behind.

You rightly say that the immigration system should maintain access to both a permanent and seasonal workforce, for example during peak harvest. I would use our ability to design our own immigration system to achieve that. Britain’s trade deal with China for beef shows that we can open new markets around the world and we should do more, especially for commodities such as lamb.

On food production, I would ensure that the Agriculture Bill puts the production of high quality British food on the face of the Bill. Farmers cannot be the stewards of the countryside without running successful, profitable farm businesses. I would not lower standards in pursuit of trade deals and I would use every tool to make sure the standards are protected.

I am happy to confirm my support for more efficient and productive farming including necessary government support. Policy must always be based on sound science, particularly as we explore the opportunities that gene editing can present in reducing our reliance on plant protection products.  Science must also guide us when we consider the safety of pesticides.  The ability to develop agricultural and environmental policies that suit our own national interests is one of the main reasons why we have to deliver on our promise to leave the EU. The public goods that our new Environmental Land Management scheme will deliver must include the upland areas which are not only the most fragile ecologically but also the areas where farming could not survive without Government support.

More broadly, improvements in infrastructure are the centre of my wider plans to boost the growth rate of the economy, alongside a reduction in corporation tax to 12.5 per cent, the level of Ireland. I have pledged to fast track the delivery of the fibre network by five years and so will make the required funding available to roll out full fibre by 2027. I welcome your commitment to helping the UK becoming net zero which is also one of my own key priorities.

Thank you, again, for writing to me.

Thank you for your letter.

You raise several important points which I would like to take in turn.

We need a Brexit that creates the right conditions for British farming to thrive. This means ensuring as free and frictionless trade in agri-food goods as possible with our principal EU market, working towards a regulator system that is designed for the specific needs of UK farm practice, developing an immigration system that maintains access to the seasonal and permanent workforce required by UK growers, farmers and the wider food chain, and ensuring our international trade respects, and doesn’t undermine, our own high domestic production standards.

“The UK farming sector has a number of concerns that I am committed to addressing.

“I will be aiming to ensure that we have a trade deal that minimises friction on the cross-border transfer of goods, while ensuring that our border is secure and protects UK citizens. I am aware of the disruption that delays will have, and will be working to minimise the potential for delays. I will be happy to discuss specific concerns that the NFU have as we strike that deal.

“We need an Australian-style points-based system, and levels of immigration should reflect the particular needs of the sectors concerned. I have always been in favour of talented people being able to come to this country and make their lives here.”

Secondly, we must invest in sustainable growth through a future agricultural policy which supports farmers as food producers and acknowledges the strategic importance of domestic production in guaranteeing our food security, whilst also improving productivity, resilience and stability in the sector. We have an opportunity to create a more transparent and open food supply chain, one which continues to uphold and enhance standards and safety for consumers at home and abroad.

“Taking back control of our agriculture policy gives us a unique opportunity to make real improvements in domestic production. The Agriculture Bill that is currently before Parliament makes a number of beneficial improvements, but I am keen to work with the NFU to look at what other changes we can introduce to boost standards, enhance consumer safety and encourage domestic production.”

We need a government which is willing to work with British farmers to support our environment, countryside and rural communities. Farming is already making great progress in this area and we stand ready to make a full contribution to the UK becoming net zero by 2050; the NFU has a commitment for British farming to do so by 2040. Our farmers are up for this challenge which will also need clear and ambitious government commitment to more productive and efficient farming, thorough investment in better, more sustainable infrastructure and technology. We also need a new focus on the blight of rural crime and help in addressing the challenges of social exclusion and mental health in agriculture.

“I applaud the great work that UK agriculture has made in reaching net zero. If I am fortunate enough to be elected leader, I would be happy to discuss specific proposals with the NFU to help realise this worthy goal as soon as possible. I have made clear that I am committed to investing in areas that have been left behind – especially rural areas – and am determined to give the police the resources and powers that they need to crack down on crime all over the country.”