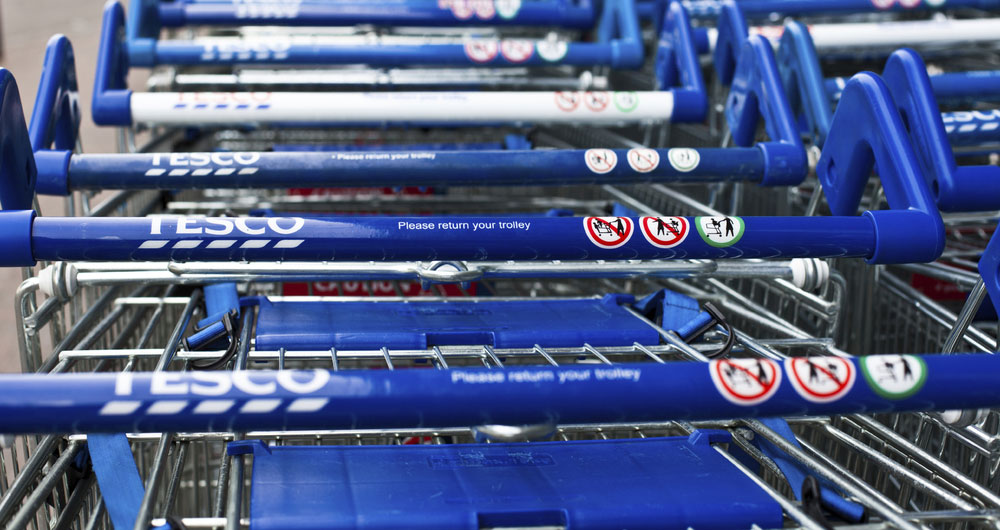 The NFU's food chain team has put together information from the half year financial results from Tesco, discussing the results, figures and what they mean alongside any future commitments and plans laid out within the report.

The supermarket saw costs of £533 million in response to the pandemic. These were put down to the hiring thousands of extra staff and the associated costs of implementing extensive safety measures to keep both colleagues and customers safe. This, however, has been said to have been offset partially by the increase in food sales and the £249 million business rates relief. It has been stated that shareholders will receive a 3.2p interim dividend which is an increase of 21% compared with last year.

During the pandemic, the supermarket had to adapt to changes in UK consumer buying habits. The company reported that food sales increased by 9.2%, with clothing and general merchandise decreasing by 17.2% and 0.3% respectively. Tesco said in the second quarter demand continued to be across the food range specifically meat, fish, and poultry as well as in the alcohol sector. As expected, fuel sales decreased by 42% in comparison to last year. As a response to market trends, in the report Tesco states it is committed to a 300% increase in sales of plant-based proteins by 2025.

Tesco laid out in the report it has supported farmers that have been hit hardest from the widespread closure of the foodservice industry. They did this through selling on white shelled eggs and, purchasing and selling on products such as chicken and potatoes that were originally destined for restaurants. They have also supported smaller suppliers by moving to paying invoices immediately until January 2021.

During this half, Tesco launched the ‘Aldi Price Match’ campaign which has been extended to over 500 product lines. The supermarket chain also relied upon their loyalty Clubcard scheme rewarding those loyal customers with extensive deals and the Clubcard holder price, which has been rolled out to 2000 products. Promotional activity in the half decreased from 30% to 22%.

Tesco increased its online delivery capacity by over double, achieving 1.5 million online delivery slots per week, this included serving 674,000 vulnerable customers. As Tesco’s ecommerce capacity grew to deal with the demand for shopping without customers leaving the safety of their homes, so did online sales to 69%.

“The first half of this year has tested our business in ways we had never imagined, and our colleagues have risen brilliantly to every challenge, acting in the best interests of our customers and local communities throughout.

"Tesco is a great business with many strategic advantages. I’m excited by the range of opportunities we have to use those advantages to create further value for our customers and, in doing so, create value for all of our other stakeholders.”

Tesco announced on the 7 October that Imran Nawaz has joined the board to fill the Chief Financial Officer (CFO) role. He is currently executive director and CFO of Tate & Lyle alongside being senior vice president of finance for Mondeléz Europe.