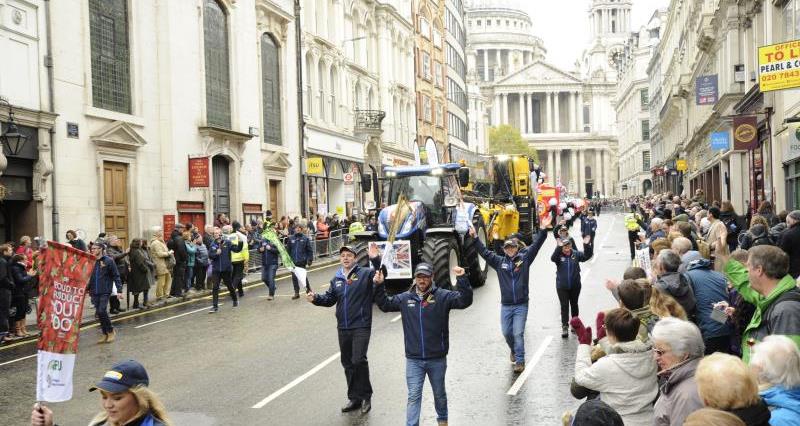 Eight young farmers have been chosen by the NFU to represent British food and farming at the 2018 Lord Mayor’s Show on 10 November.

The NFU will again be supporting The Worshipful Company of Farmers alongside Massey Ferguson, Red Tractor, the UK’s largest farm and food assurance scheme, and Surrey Docks City Farm, to help take the Back British Farming message into the heart of the City of London.

The farming champions were chosen after a nationwide search by the NFU for young farmers who have made an outstanding contribution to agriculture from each of its seven English regions and Wales. As an additional prize this year, one of them will be invited by Massey Ferguson on a special trip to Beauvais in Northern France as a guest to tour the factory and enjoy an overnight stay.

This year’s Worshipful Company of Farmers entry into the Lord Mayor’s Show will incorporate a tractor, a combine harvester and food, with the participants providing the heart and soul of the exhibit.

“It was a tough selection process as all the young farmer nominations we received were of a high calibre. The judges were impressed with the enthusiasm shown in the entries to promote all aspects of the agricultural industry.

“I know the chosen eight will do a fantastic job as they all share a passion about what they do – playing a vital role in helping to produce safe, high-quality, traceable and affordable food for the nation.

“Supporting the Worshipful Company of Farmers in the Lord Mayor’s Show again this year will provide us with the perfect opportunity to showcase the best of British food and farming to millions of people and explain the crucial role of British farming and its vital place in the wider food industry.”

The eight young farmers selected are: