The key to sustainable crops? 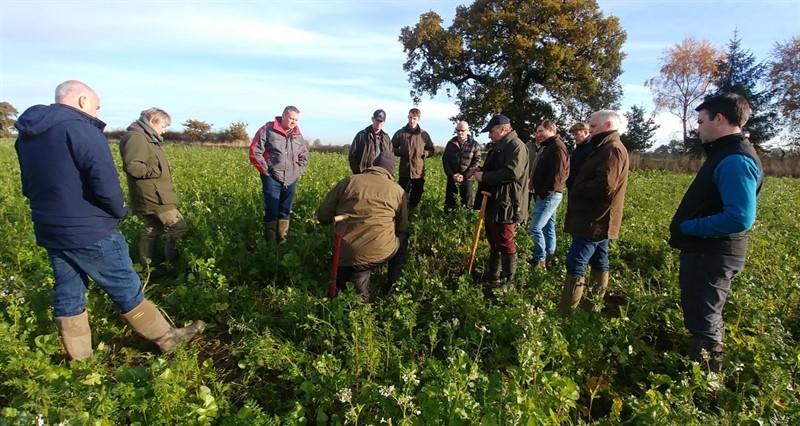 This article first appeared in the February 2021 issue of British Farmer & Grower magazine.

It’s rare that big business, farmers and environmentalists can find something on which they can wholeheartedly agree.

So, it’s refreshing that an initiative in Yorkshire appears to be creating a template for just that – one that could easily be rolled out as part of every food supply chain’s ‘net zero’ ambitions, not just in the UK, but globally. And it all starts with peas.

In the East Riding, this tiny legume is proving the inspiration for a change in land management that holds huge potential by creating what have been described as ‘pop up rain forests’ – or, as most farmers know them, cover crops.

This year, 100 members of the Green Pea Company, a 270-strong co-operative of growers supplying Birds Eye’s freezing plant in Hull, will be drilling a radish, camelina and phacelia seed mix, straight into the pea trash after harvest (see below). 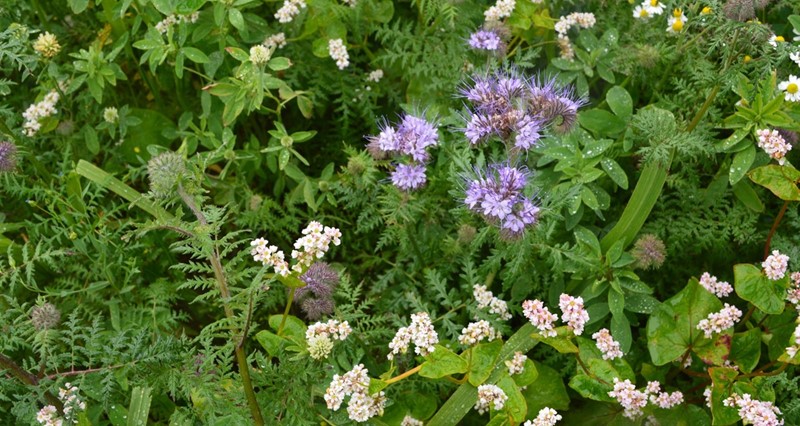 Speed is of the essence. With every week that passes, the risk of water, soil and nutrients washing into the River Hull catchment – one of the most vulnerable in the country – increases, and the benefit to the farmer is lost.

In fact, the term pop-up rainforest doesn’t do it justice, says Neil. “The results have been staggering – way beyond what the scientific community in most countries would tell you is achievable. We have cover crops over an eight week period producing 60-80t of biomass above ground. Not even the rainforests can do that. And we’re doing it by breaking all the rules.”

This isn’t about disarming farmers of the tools they need to produce a quality crop: machinery and agrochemicals. Rather it’s about making comparatively small changes to land management between rotations so that they not only offset their own carbon footprint but suck more of the carbon the rest of us emit out of the atmosphere, too.

“Sustainability isn’t all about cutting back – that’s frightened a lot of farmers,” says Neil. “If you reduce nitrogen, you reduce yields and you go out of business. If this concept is going to take off it’s got to achieve quality, yield and farm performance.”

The privately-led project came about through a unique alignment of interests. Along with many other brands now under stakeholder pressure to reduce their carbon footprint, Birds Eye was keen to know what more it could do to ‘green’ its supply chain. Yorkshire Water, meanwhile, despite millions of pounds invested in flood defence and water management, was still struggling to prevent Hull and its environs from being inundated in another severe rainfall event. It was also concerned about rising nitrate levels in drinking water and the 23.5t of soil runoff it takes out of the local supply every year.

To read more about soil health visit our online pages

The man who brought them together was Steve Cann of supply chain consultancy, Future Food Solutions, which had been running a separate network of Sustainable Landscape farmer groups in Thirsk, Skipton and Elvington for a couple of years to inform conversations he’d been having with major food brands in different sectors. Of the 48 farms involved, only a handful used cover crops in the rotation when they joined the group; this year, all of them were.

“Farmers learn from farmers; they are encouraged to change their way of working if they see it in the flesh,” says Steve. So when asked how to address the specific problems around the Hull catchment, he applied the same model.

“What we’re trying to do with the Humber project is influence farmers to improve soil organic matter, which improves its ability to hold nitrogen and its ability to be drought resistant,” says Steve. “We can turn that catchment into a sponge; if we can increase organic matter in one hectare of soil by 1%, that square hectare will hold an extra 230t of water.”

That not only goes a long way towards addressing Yorkshire Water’s problem but the issue of quality and cost for farmers too.

“From a pure cost point of view, the cover crop is averaging 100k N in that period – that N that would be very mobile on this light land after rainfall. The farm has also probably picked up 40-60k of P and 300k of K. It’s not going to come back immediately to the follow-on crop, but it will in the course of the rotation,” says Neil.

That opens up the possibility of having similar zero carbon conversations with customers in parallel supply chains, notably wheat.

Several unnamed food brands are already poised to be involved this year. “We need to get cover crops into the rotation as often as we possibly can,” says Steve. “We’re talking to other brands about exploring companion and inter-row cropping and undersowing before harvesting the wheat. In every rotation, there is an opportunity for every brand to be a steward of the environment for that period of time.”

Could cover crops hold a simple key to saving us from an uncomfortable future? And, if they do, how does that alter the farmer’s standing in the new environmental value chain?
“There’s going to be a transition to a conversation about value rather than cost,” says Neil, as every major brand sets its own net zero carbon target.

“Farmers are probably going to take care of 50% of the carbon in the food chain.
“If we get these carbon-centric management options right, improving a farm’s income stream by an extra £200/£300/£400/h is not beyond the realm of achievement, even in an arable rotation, and even in Yorkshire.

“A zero carbon crop is probably worth about £40/t more and there will be a queue of people wanting it because a brand’s carbon metric is, in effect, a quality metric attached to every crop.

“People say if a farmer wants to go carbon neutral they have to cut N. Without a shadow of a doubt that will have an impact on carbon per hectare but N drives yields and you can burn more on outputs if the Co2 itself drives yields. The approach we are adopting is appropriate inputs to optimise nutrients.”

Steve believes the concept in which ‘everyone walks away happy’ is significantly better than some of the proposals mooted under the Environmental Land Management Scheme.
“It feels to me that we are going too far in the wrong direction,” he says. “ It can’t all be about the environment on its own: we need to feed nearly 70million people and we need to improve our ability to grow that food here.”

Neil agrees. “We could quite easily ring-fence Yorkshire and make it carbon neutral,” he says. “It could be a shining light for agriculture around the world.”

Data and feedback from farmers in the Sustainable Landscapes programme in Yorkshire is helping influence thinking across the world.

The Good Soil Guide, a free online platform to encourage discussion, innovation and provide technical support for anyone interested in soil health and locking in carbon, was launched in November in collaboration with Yorkshire Water and Atlas Specialist Biosystem Services.

“The guide is written as a visually-led soil tutorial and it’s prompted quite a dialogue,” says Neil Fuller. “It’s already being featured on soil management courses.”

As many as 130 data sets being generated this year by cover crops in the zero carbon trials will feed into the dynamic resource.

To set up free, ongoing access go to www.soilguide.co.uk 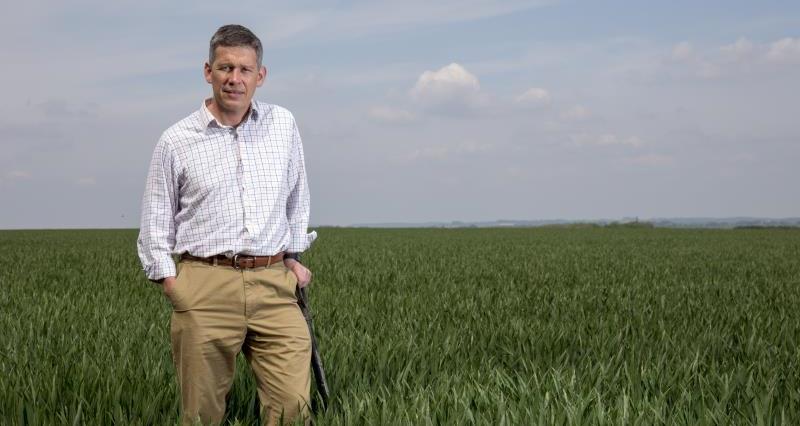 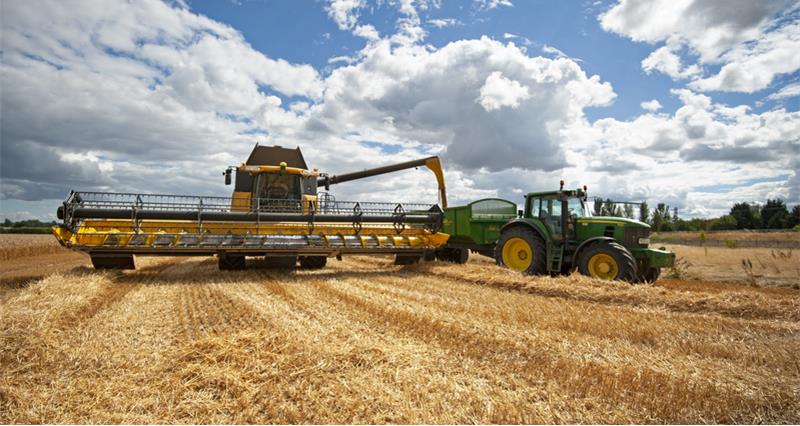 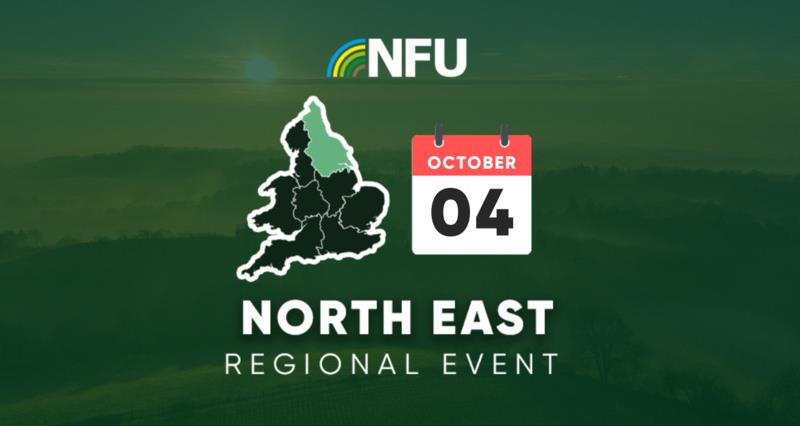 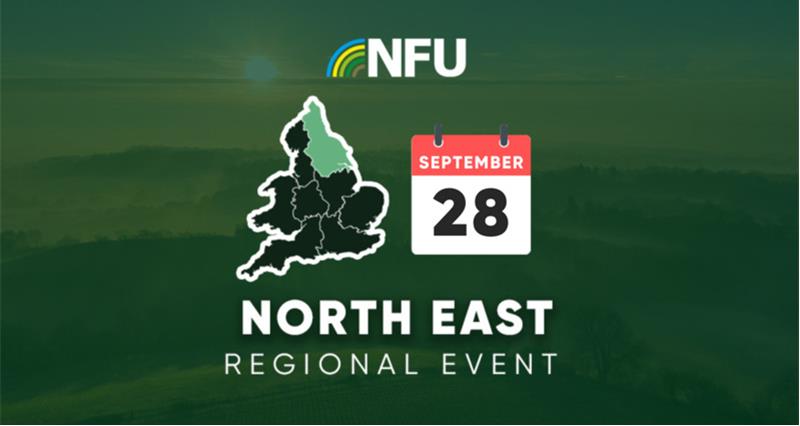