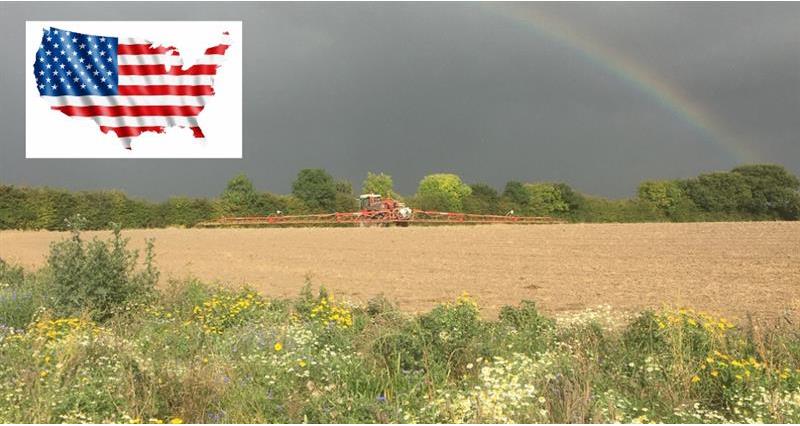 The US Environmental Protection Agency (EPA) has taken another step in its ongoing review of glyphosate, concluding it ‘did not identify any human health risks from exposure to glyphosate’.

The EPA’s scientific findings, published at the end of January in its Interim Registration Review Decision, are consistent with the conclusions of science reviews by many other countries and other federal agencies.

The NFU has listed the many regulators that come to the same conclusion, including the European Food Safety Authority (EFSA), European Chemicals Agency (ECHA) and German BfR. At the start of 2019, the Canadian government concluded that glyphosate is not a cancer risk to humans at the levels at which humans are currently exposed, following an exhaustive and extended review of the science.

While the EPA did not identify any public health risks in its assessment of the evidence, which included a public consultation, it did identify some ecological risks. It identified some potential ecological risks to mammals and birds, but these risks are expected to be limited to the application area or areas near the application area. The EPA also identified potential risk to terrestrial and aquatic plants from off-site spray drift, consistent with glyphosate’s use as an herbicide. Balanced with the importance of glyphosate as a herbicide, the EPA concluded that ‘the benefits outweigh the potential ecological risks when glyphosate is used according to label directions’.

To reduce the risk of off-site spray drift to non-target organisms, the EPA is requiring some changes to spray drift management. The agency is also requiring measures (information and recommendations) to slow the development and spread of herbicide resistant weeds – something that the NFU has been keen to promote.

Lastly, the EPA assessment does look at the risks of glyphosate to bees and other insects. It states that ‘While the agency did not identify risks to individual bees from glyphosate applications at rates below 5.7lb ae/A, risks to terrestrial invertebrates at higher application rates are uncertain’. The EPA also notes that spray drift ‘may impact non-target plants…and impact nectar sources and habitat for pollinators and other non-target organisms’. Consequently, it is requiring that the following advisory is used to alert users to the potential impact to non-target organisms: “This product is toxic to plants and may adversely impact the forage and habitat of non-target organisms, including pollinators, in areas adjacent to the treated site. Protect the forage and habitat of non-target organisms by following label directions intended to minimize spray drift.”

The report also states that risks to bees are uncertain at application rates higher than 1.9 lb ae/A and consequently the agency ‘may require additional pollinator data to fully assess risk to terrestrial invertebrates’. What’s really important to note is that while the EPA flags some uncertainty for terrestrial invertebrates, both the application rates given are higher than the typical application rates used in the UK (the 5.7lb ae/A is more than three times higher), so in fact at the rates typically used in the UK, the EPA assessment would not identify any risks to bees.