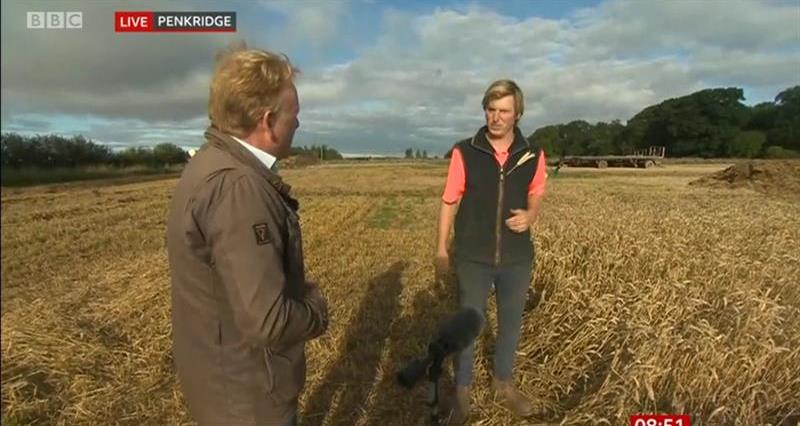 Following a momentous #BackBritishFarming Day, @pollytoynbee ponders what’s next for British farmers still seeking clarity from the government over #Brexit in her latest @guardian column https://t.co/FwAQrDbEGZ

Regional broadcast honed in on the #BackBritishFarming campaign with BBC Midlands Today airing its interviews with NFU President Minette Batters and Warwickshire farmer Charlie Beaty making the case for increased scrutiny of trade deals in Parliament.

If you missed NFU President @Minette_Batters' interview with @bbcmtd on #BackBritishFarming Day, watch back from 18 mins 30secs to hear about our asks for high standards to be maintained in the UK 👉
https://t.co/s85QEgKh2U pic.twitter.com/QIATV94tvN

"It's 100% grass-fed." Don't forget to catch up on @GTFarmGirl on @bbcmtd yesterday where she talks about the sheep she grazes on her farm and British lamb's international reputation as an amazing product 🍗 Catch up from 9 minutes 👉https://t.co/1sRiTJaMTh #BackBritishFarming pic.twitter.com/39w7rPPkDA

During #BackBritishFarming Day, BBC News, Express online and inews published explainer features highlighting why MPs were wearing the wheat pin badge and call to support Britain's farmers at the heart of the campaign.

In case you were wondering why MPs are wearing badges with wheat attached...

Today is Back British Farming day, a day promoted by the National Farmers' Unionhttps://t.co/iETMIo0dEp pic.twitter.com/4ng6TeyoKO

In an interview with the Financial Times published on Back British Farming Day, Minette Batters highlighted the NFU's asks for MPs to support increased scrutiny of trade deals in Parliament. *Please note, the article is behind a paywall*

BBC Radio 2 Presenter Zoe Ball name checked Back British Farming Day live on her breakfast show, reading a letter out from shepherd Carl Franklin in Oxfordshire about to embark on a day's work.

Thank you @ZoeTheBall for the shout out on #BackBritishFarming Day. It's great for the @BBCRadio2 Breakfast Show's 8 million listeners to hear about this. She even gave a shout out to @studentfarmer ambassador Karl Franklin 🇬🇧👨‍🌾⤵️ pic.twitter.com/L4uR8lIlDs

Farmers across the regions had columns published across a breadth of regional media titles, from James Runciman in Eastern Daily Press, Guy Poskitt in the Yorkshire Post, as well as David Ratcliffe in Western Daily Press andt he front page of the Western Morning News, asking the whole farming community, Westminster and the great British public to unite over the issue of food production standards. 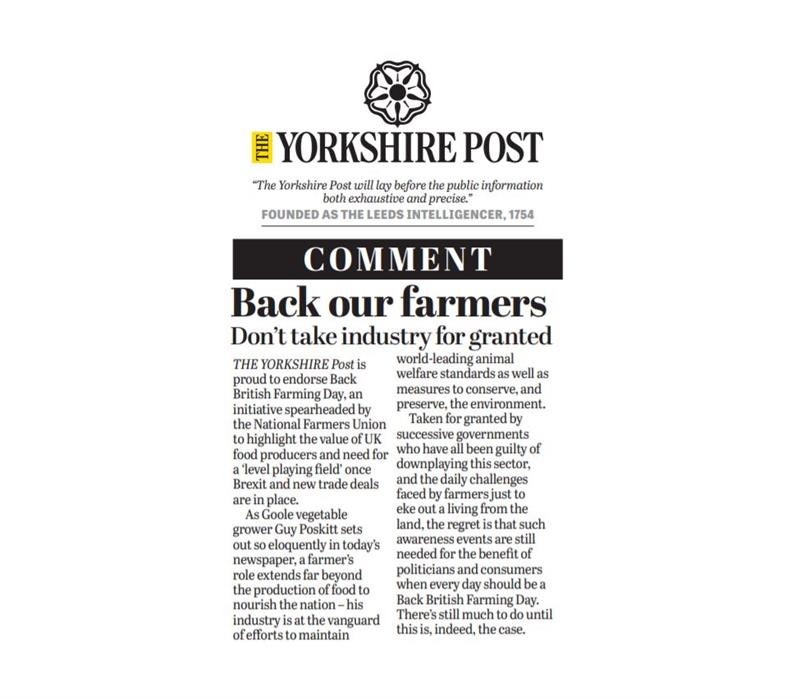 The NFU's Staffordshire county chairman Richard Bower had the BBC Breakfast crew live on his farm to discuss the impact of extreme weather this year on his wheat harvest and used the platform to encourage MPs to wear their wheat pin lapels on Back British Farming Day. Catch up from around 2hrs 50 mins.

Did you see @NFUStaffs board chairman @rich_bower spoke about #BackBritishFarming Day on @BBCBreakfast this morning? 📺 If you missed it, he explained why this year's event is significant and why the NFU is asking all MPs to wear their wheat-pin badge at #PMQs tomorrow 🌾⤵️ pic.twitter.com/FMW1jsa2U7