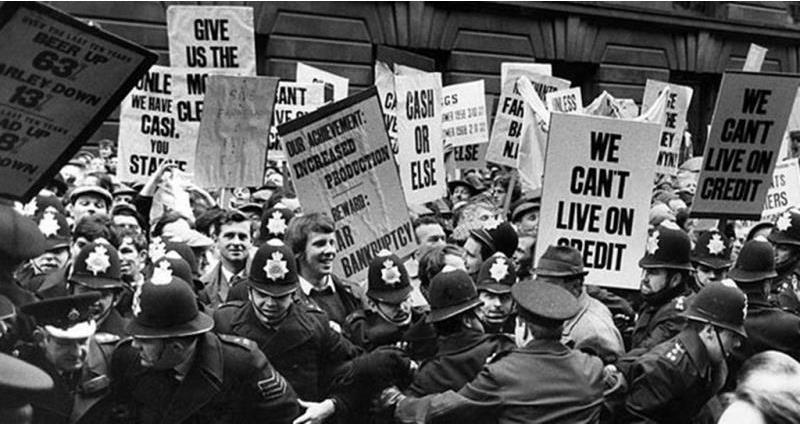 Above: Farmers protesting in support of the NFU price negotiations with the Ministry of Agriculture in February 1970

From the ballot box to boycotts, petitions to protests, the NFU has used many different tactics to fight for farmers.

As the First World War ended, a General Election was called for 14 December 1918 and the NFU was quick to make its mark on Norfolk’s politics.

Mr Taylor was one of 12 candidates in the country who stood for parliament under the NFU’s umbrella. He went on to the south-west Norfolk seat for Labour in 1922, 1923, 1924 and was finally returned as an MP in 1929. 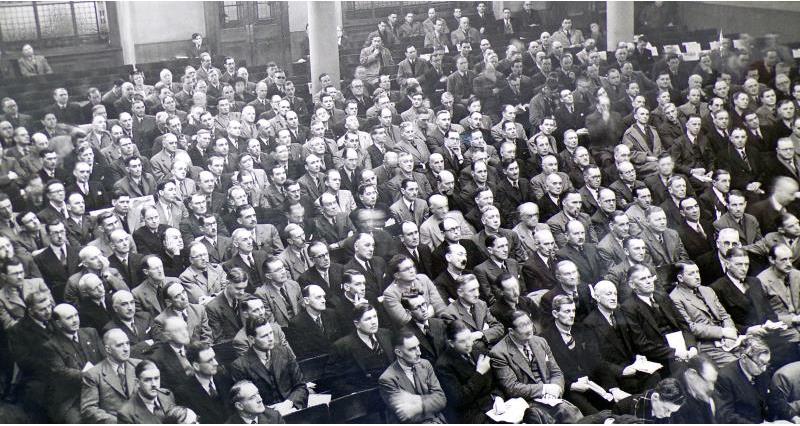 Above: Farmers turn out in force for a meeting

During the 1920s and 1930s, as the recession devastated farming’s fortunes and also caused severe hardship for farmworkers, he stood three times for the East Norfolk seat.

When he fought his second election in 1931, he stood as the candidate for the Norfolk Farmers’ Party. This has followed the dramatic intervention of Lord Beaverbrook, who had addressed the NFU’s annual meeting at the Stuart Hall, Norwich, in January 1931.

Mr Wright described the meeting as “the most largely attended in the history of the Union”, adding that “scenes of great enthusiasm marked the decision to fight independent of all major parties”.

Although Mr Wright withdrew before polling day, it made headlines as farming’s plight was brought to public attention.

Today, the NFU remains firmly apolitical, lobbying politicians from all the main parties on behalf of Norfolk’s farmers and growers and finding other ways to highlight farmers’ concerns.

In May 1975, this involved sending a petition to Prime Minister Harold Wilson in protest at Government policies that “hold serious consequences for home food production in the future”.

The petition was signed by every member of the Executive Committee and expressed concern about legislation including the Wealth Tax, the Employment Protection Bill and “current uncertainties arising from the referendum on our continued membership of the EEC." 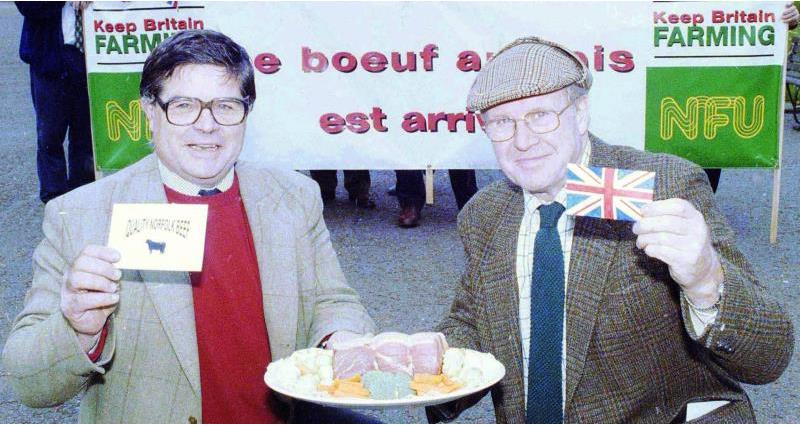 Above: Robert Steven and Nigel Wright

Over the years NFU Norfolk has successfully mobilised its members for protest marches and rallies, including a mass protest in Ipswich in 1939, a demonstration for European sugar beet growers in Brussels in 2005 and the
#SOS Dairy event in Westminster in 2012.

But probably its politest protest was in November 1999, during a campaign to lift the French ban on British beef.
A group of Norfolk farmers walked about 50 yards from Chapelfield in Norwich to present a joint of topside to Huguette Andries-Smith, honorary consul for France in East Anglia.

County Chairman Robert Steven and Regional Board Chairman Nigel Wright delivered a letter and the beef to the consul’s office, along with some seasonal Norfolk vegetables. They asked the consul to send the letter
to French Prime Minister Lionel Jospin.

Nine Norfolk farmers including Nick Deane and Dick Broughton paraded behind a banner declaring: “Le boeuf Anglais est arrivé!” The beef, Aberdeen Angus, was produced by Mary and Alan Beck from her pedigree herd near Stalham.

The Eastern Daily Press reported that the honorary consul accepted thebeef with a smile and said she would enjoy eating the joint.