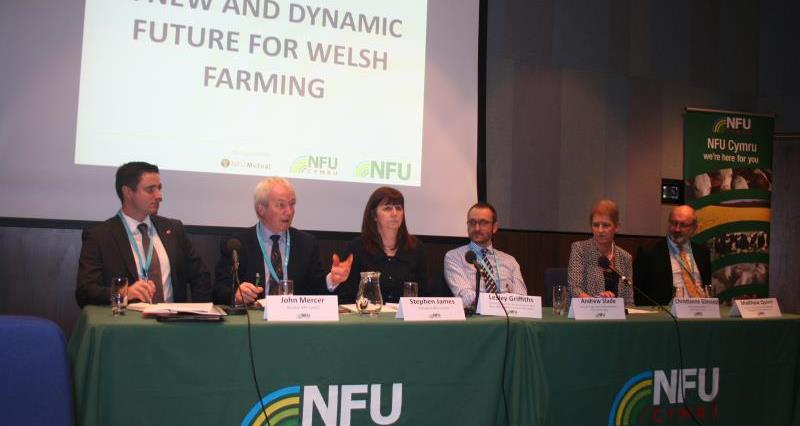 NFU Cymru used its early bird session at the 2017 NFU Conference in Birmingham to outline its priorities for governments in Cardiff and Westminster to get the best deal for Welsh agriculture post-Brexit.

In his opening speech, NFU Cymru President Stephen James highlighted the five key points that politicians must take into account when considering future policy and support for Welsh agriculture:

- Agriculture is important to the Welsh and UK economy, underpinning the biggest manufacturing sector in the country

-Welsh farmers operate to some of the world’s highest standards

Speak at the session, titled A New and Dynamic Future for Welsh Farming, Mr James said: “We are very clear in the priorities we have laid out to Welsh Government. We have a vision for a policy that helps to deliver a productive, progressive and profitable industry in Wales, a policy that will allow us to play our part in delivering additional jobs, growth and investment to Wales.”